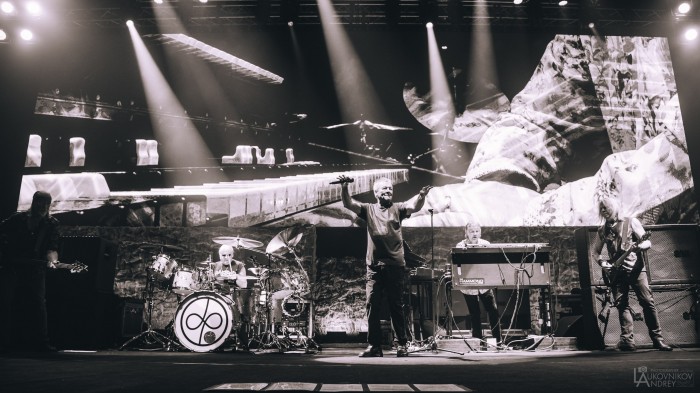 In 2018the group Deep Purple was fifty years. Cool phrase, which is a great story, the era that changed the world rock ' n ' roll, and indeed world culture for at least a century, and felt the impacts will be far more than a decade.

Despite the fact that the participants already over seventy years, they continue to keep the bar sample, virtuosity and the absolutely perfect execution of hard rock.

To celebrate the fiftieth anniversary and the release of the album "InFinite" musicians came to Russia, giving concerts in Moscow and St. Petersburg. The last was held June 1 at the ice Palace, having collected several thousand fans of all ages - for fifty years, Deep Purple has grown more than one generation of fan.

The audience moved up to the Ice long before, though strong there was no queue, and protection differed goodwill. However, happy faces, flags, groups, shirts, scarves - all this filled the space around the concert hall for another five or six in the evening. The atmosphere is truly festive.

Those who wanted to tune in to music wave in advance or to diversify a little bit the musical horizons, could listen to a warming group Gunned Down Horses. To listen there was a voice of frontman is simply amazing, his powerful vocals echoed across the hall, climbing on the far bleachers, VIP boxes and even more covering the ground.

On the final song, when the musicians from the audience said goodbye in the hall lit up the lights and the scene lost most anticipated guests of the Ice.

On huge screens brought promotory anniversary tour of Deep Purple. A short but agonizing wait, and here, at fifteen minutes past eight music starts to play, prompting the audience to crawl with anticipation. Another moment and they appeared. Under Highway Star came out one by one the musicians - bassist Roger Glover, guitarist Steve Morse, drummer of the cult, has passed through all the vicissitudes of changing the composition Ian Paice and keyboard player-virtuoso of don Airey. Soon, under the General roar of the audience, appeared on the stage a humble man in jeans and a gray t-shirt - vocalist Ian Gillan. 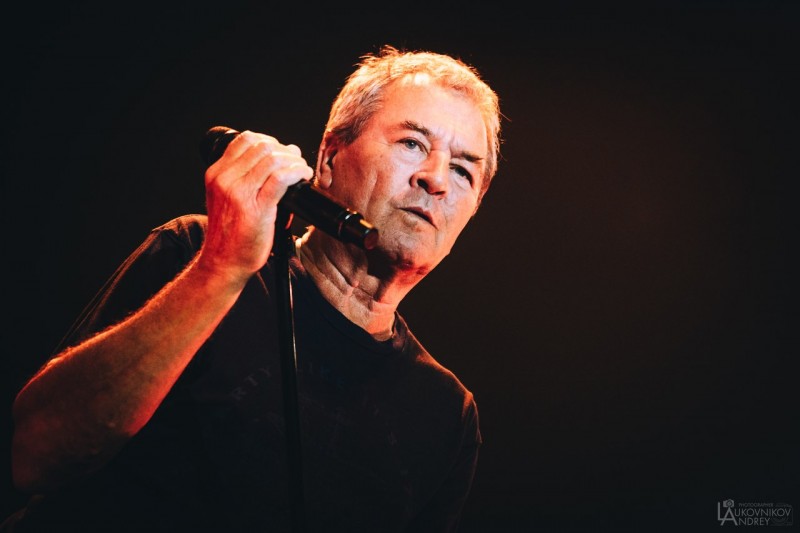 Gillan is not only the "voice" of the group for many years, he often picks up percussion instruments - the tambourine, for example, or plays the harmonica.

Very pleased with the separate solo performance - for example, Airey on the keys several times gave out crazy tunes, and after it is gradually joined with their party members. In the end don even played "Katyusha" pretty stolichnov people in the hall and causing a lot of smiles and active support. 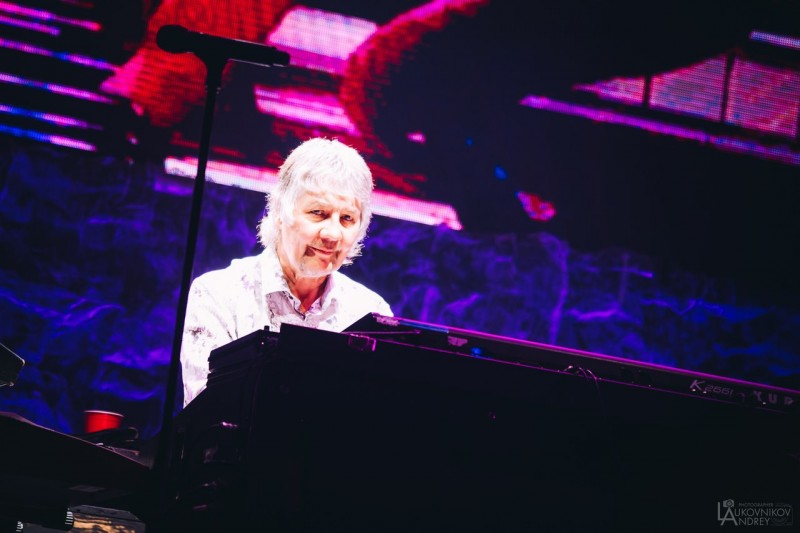 From the new album was played quite a bit of songs, most of all it was given a more classical repertoire. Rightly so for most it is the only chance in life to see and hear Deep Purple and, of course, still waiting for the main hits.

When it came to the final tracks - SpaceTruckin', Perfect Strangers, made after a keyboard solo, in the walls of the Ice Palace began to play finally religious, historical notes: Steve Morse has issued the legendary riffs Smoke On The Water. One may argue Blackmore or Morse, as they do not subside until now disputes Gillan or Coverdale, but you have to admit that this tune will be remembered in history and to hear them singing Deep Purple - a great happiness. 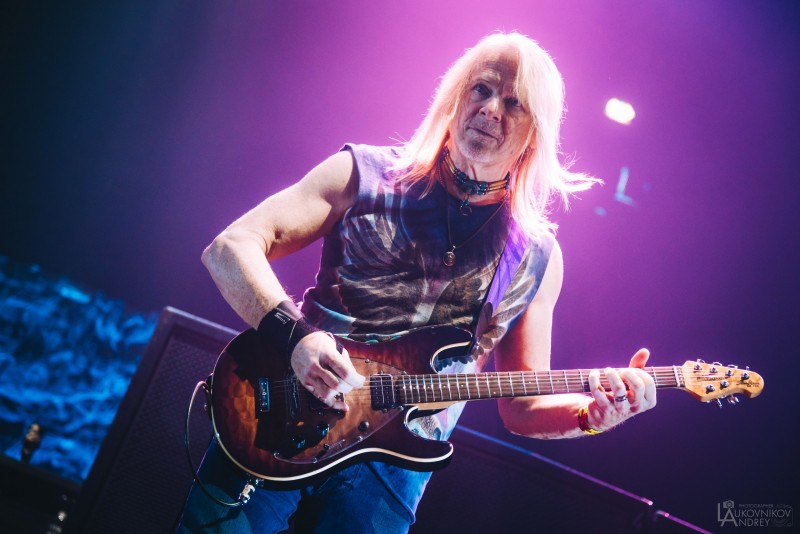 By the way, do the band members on this song can crack a joke. In 2010, during a speech at the festival "Rock nad volgoy" instead of Smoke On The Water, played Smoke On The Volga. So here's a fun fact.

Here her screaming simply throughout the hall, Gillan in the chorus directed the microphone to the audience, and those with all the accumulated feelings sang for a singer.

It was the finals of a fabulous concert, but the musicians did not let go, they came out for an encore and played his very first single, Hush, and WhenI'm Sixty-Four, Black Night, and Roger Glover solo individual.

Deep Purple on stage for fifty years. They've been through a lot, not broken, did not give up, continue to play at this level, which is not reach ninety percent of the musicians. Even with time lost the power of the voice of the singer, but most importantly - they still have not lost a single drop of the highest professionalism, not to sit on the throne of his success, not passed after the departure of the leader of the group. They are still vigorous, strong and will forever remain nisoxetine from the pedestal of legends.