Roger waters showed St. Petersburg how to be a man 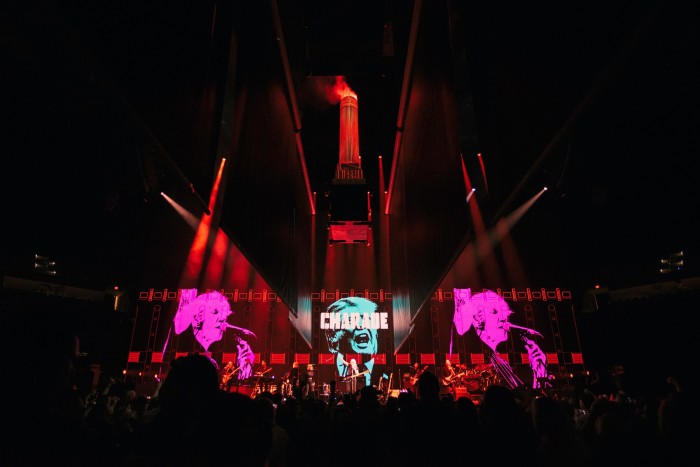 “Stay human” - seemingly a simple call, as it is difficult to argue with him! But everyone interprets it differently, and many have distorted it beyond recognition. Roger waters, bass guitarist of the cult legendary band Pink Floyd carries the slogan on its world tour Us + Them, in which he visited Saint Petersburg on 29 August.

Waters is not just a musician, who played in one of the most important groups in music history, he is an ardent wrestler. With injustice, violence with fascism. No wonder more and more often in his show burning call “Resist ” - to resist.

In General, it is not accidental tour Roger Watres position it as a light show. Yes, to hear iconic songs from the albums “ The Wall”, “Animals”, “Dark Wide of the Moon” and other chance, which is probably once in a lifetime: the opportunity to touch the history and culture of the world is already beyond musical preferences. But the scale of the staging, scenery, lighting and sound effects makes speech at a very special place.

The show started exactly at 19.30. Joined a huge screen where back to the audience sat a girl, brooding and studying the sea. The sound of the waves, the cries of birds, the relaxed atmosphere made to forget that soon thunder will strike. By the way, the story of the girl continued on her could be seen dancing in an abandoned house.

Further, most of the program was devoted to the situation in the world and particularly in America. Footage of the protests, a chronicle of the war, the rusty wall on the border with Mexico and a lot of trump. Mocking the American President, to Express their disagreement with his course, waters tried all available methods. Why, if right it said, “trump is a pig.”

Among those waters considered neo-fascists, what was designated earlier, and showed the portraits in the show, was the trump, and Le Pen and Putin.

The finale of the first act of the show was known to everyone, who has ever heard the music, Another Brick in the Wall. Children who have to dance to it was in bags on the head and prison overalls. In the end, they threw off the shackles and was left in t-shirts with the same slogan: “Resist!”.

Watres tour was also timed to the release of a new solo album, "Is This the Life We Really Want?". About him, of course, have not forgotten, and played some tracks.

Separately want to mention two wonderful female vocalists and General music component of the concert. Not only excellent sound, but absolutely the perfect combination of voices and instruments.

We seldom get close to history. To RUB the paw of the Sphinx, shake hands with the Queen, or to wear glasses John Lennon. Concert Pink Floyd of significance is not inferior to all listed. Even if you arrived only one of the founders. This event, which will stay with any viewer forever.