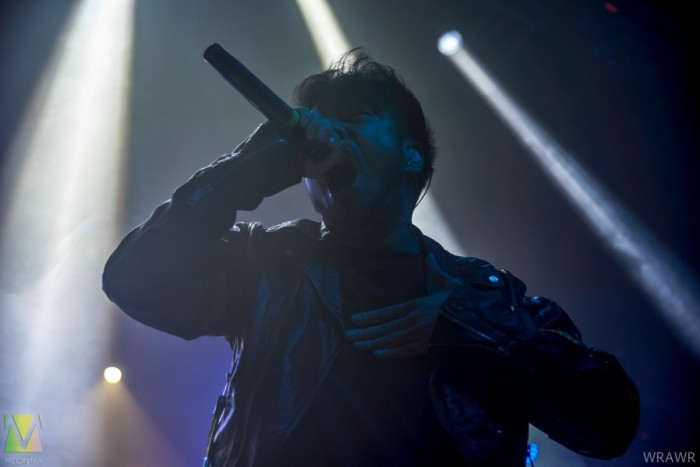 On 27 September, a concert of Japanese electronicor group Crossfaith in Moscow in club RED. It was established in 2006 in Osaka. The group consists of 5 people: Kent Koie (vocals), Kazuki Takemura (guitar), Hiroki Ikegawa (bass guitar), Tatsuya Amano (drums), Terufumi Tamano (keyboards). At a concert in Moscow by Crossfaith joined a support session guitarist.

The performance style of the group is unique in its nature: clean vocals intertwined with shouting, screaming and headbanging. Sometimes members of the group move on to a whisper or a Declaration. Hardcore? Metal? Electronics? It is rather difficult to give a precise definition of their direction. Would be correct to say that all of these styles mixed into one group Crossfaith.

Musicians come to Moscow not for the first time and have already earned the love of the public. The group presented the Russian audience a new album "EX_Machina", which was released in 2018 and enjoyed great popularity on the Internet. During the concert was filled with both familiar beloved by the listeners of the song and novelties 2018.

The musicians appeared on stage about 20:30. The hall shook with cheers and applause after two years of waiting. The energy and the emotions of people. Besides, no metal concert can't do without headbanging, screaming and slam that loves the lead singer of Kent Koi.

In Japan at the concert the audience from the very beginning involved in what is happening on stage, while Russian listener should feel the performer, and understand, is he interested in music and only then to take an active part in the events.

At the concert the whole audience was United. And combined all that music Crossfaith. There were people who came to listen to musicians the first time, but immediately joined the ranks of fans of this genre and the group itself.

The finale of the concert was not without shouts of gratitude and frustration from such a quick end to the long-awaited concert. In turn, the band thanked the audience in Russian.

But there comes a time to part. However, the separation should be a new meeting. We will continue to monitor the progress in the music activities of Japanese band Crossfaith.

Photos of Crossfaith performances at the link.