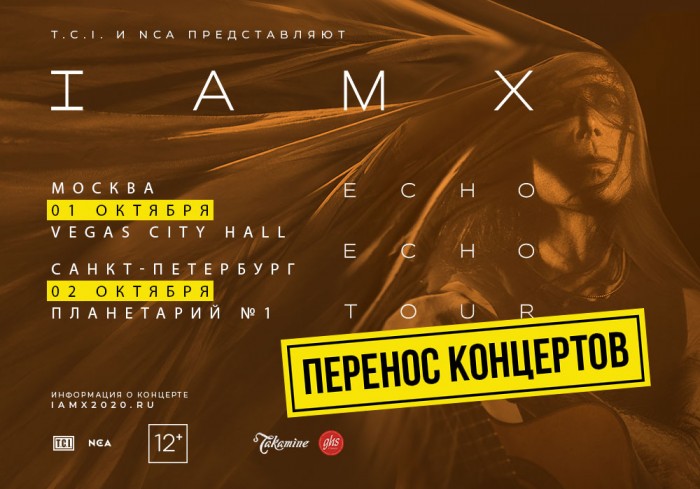 TCI presents: on April 2, the singer of IAMX Chris corner will visit Moscow within the tour in support of their new album, "Echo Echo" and will give an acoustic concert in Vegas City Hall.

Songs IAMX - this is a confession, an intimate and infinite process of transformation of the meanings, methods and compositions. Another embodiment they will gain in the acoustic arrangements of the new album "Echo Echo", the idea for which had long cherished a corner: "what I always wanted to do an acoustic album. All my songs start with guitar or piano and then becomes a monsters, which you can hear in the recording. This album returns them to the origins of writing".

The concept and the sound "Echo Echo" was created in collaboration with three-time Grammy-winning producer David Bottrill (Tool, Peter Gabriel, Muse) at their own recording studios Chris Corner in California. The result was a powerful, honest and poignant album with songs IAMX in their original form. Enjoy the new sound of favorite hits fans will be able to March, when the album will be available on all digital platforms and will be available on CD and vinyl.

In the spring of 2020 Chris corner will go on tour through Europe and the USA and, of course, will not be able to ignore their Russian butis (as he is affectionately called by fans). Specially designed for the transmission of the atmosphere of the new album, he chose the small area to be closer to his audience and share with them the secret: "When I started IAMX, I was alone on stage, playing to empty halls. This tour takes me back to the roots, but with the difference that now I'm surrounded by love and support all of my wonderful fans."