Aquarium February 24 at the club Cosmonaut 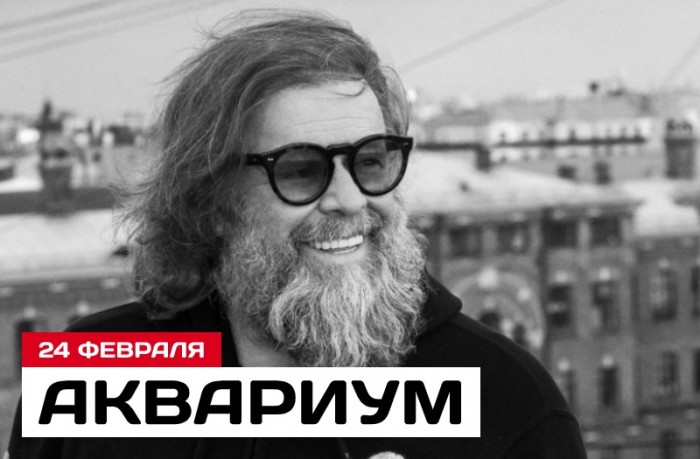 In Russia it is difficult to find anyone who has not heard about the group "Aquarium", would not know its famous leader, Boris Grebenshchikov, and couldn't hum at least one song.

In his old age "Aquarium" does not look like a retro band playing music of the last century — the band is amazingly alive and true. Being in constant motion, in the constant search, experimenting with different styles and musical genres, Boris Grebenshchikov always retains the ability to please and surprise new and unexpected.

The current "Aquarium" is a team that gives dozens of concerts a year, performing and recording his magical music with the best musicians of the world level. Constantly changing, and while remaining himself, Boris Grebenshchikov has created a unique cultural phenomenon that exists outside of time and space.

On February 24 in the club "Cosmonaut" "Aquarium" will play a big concert program where you will hear a lot of songs — from the newest to those with which once all began.