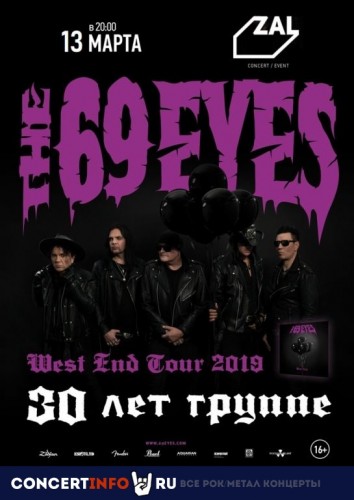 One of the most charismatic Gothic rock bands of the last two decades returned to St. Petersburg.

In the framework of the jubilee tour in honor of the 30th anniversary of the band the 69 Eyes will present their new album "West End", which was released in September 2019.
And March 13, 2020, you will hear 12 absolutely fresh tracks of the Helsinki vampires and time-tested hits on the big concert at ZAL.