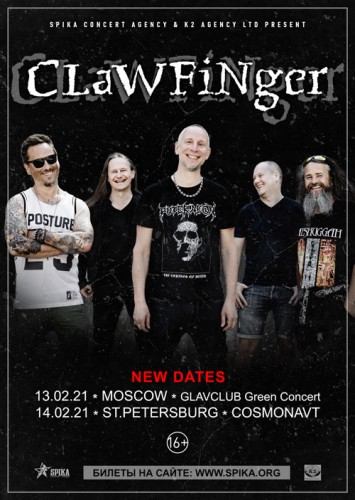 Swedish rap metal band Clawfinger will bring to Russia an explosive mix of hits from the album "Deafer Dumber Blinder".

Clawfinger - a cult band from Sweden. Their music is a mixture of nuclear rap metal and aggressive vocals Zach Tella broadcasting about the urgent social and political topics. The group has received numerous awards, among them two Swedish Grammy for best video and best hard rock group in 1994, eventually convincing the world that you should always stand your ground. For more than 30-year career, they have not given the slightest reason to doubt their ideology. They return to the pump room with his aggressive and rhythmic tracks.

To rebel and break away under the anthems of the protest will: