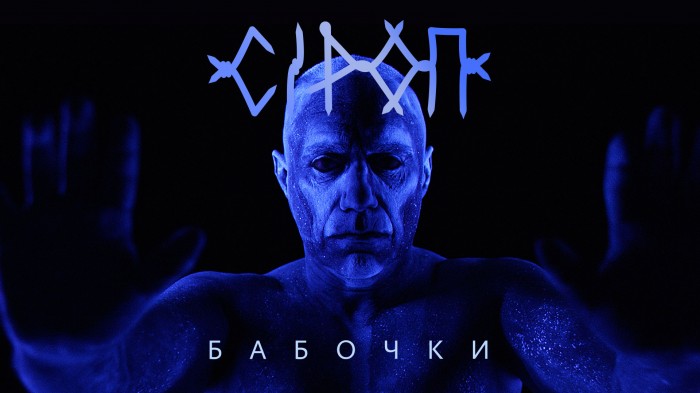 Crop — a former saxophonist of the Belarusian group "Lyapis Trubetskoi"; an ex-con who served 10 terms; and perhaps the most unusual rapper in the former Soviet Union - has released a music video for the song "Butterflies". The premiere took place on 15 may on the resources MEDUZA (Latvia), ONLINER (Belarus) and "HEARING" (Ukraine).

This is the second official video of the 46-year-old Minsk resident Crop (aka - Alex Zagorin), who describes himself as "the rapper-offender": "the Song "Butterfly" I wrote in September of 2011, when he got a second term and after all procedures arrived in the area. So it was that I there read two consecutive books - "Jail" George. King and "Collector" of John. Fowles. At first the main character, caught by mistake in a foreign prison, he recalls an episode from his childhood: he caught a beautiful butterfly to look at it, put in a jar. But by morning, the butterfly died. And in the "Collector" maniac identifies stolen them girls with butterflies, of which he had a large collection. All this is overlaid by my personal experiences (because I, too, sat in "the jar"), resulting in a song. By the way, unlike other texts, which I sometimes have polished over the years, the "Butterflies" I'm not the rules even once, they get these from. This is my story: victory, defeat, escape, struggle, death, rebirth... So great that it is on the "Butterflies" we have now made the video".

Director of the clip was another from Minsk Vitaly Aronsky, before removing film and advertising. "Butterfly" is his first experience in the field of music video: "I wanted to get away from the clichés of American gangsta rap when thugs in chains waving fingers behind the wheel of pimpmobile is not our story. In the song there are thoughts that Crop wants to convey to the public, there is philosophy, there is pain, there is anger... Background Alexei, of course, at first scared me a little, but the problems in the work on the clip has not arisen, no one ramsel, all behaved as professionals. I think we were able to get out of the artist's true emotions. When Crop finished shouting on the street, everyone is to applaud, because it was really scary and cool."

May 17 video "Butterflies" will appear on Apple Music, Yandex.Music, Boom and other online platforms together with the single.