Space demand: sale of tickets for the SUPER VIP "INVASION" is closed! 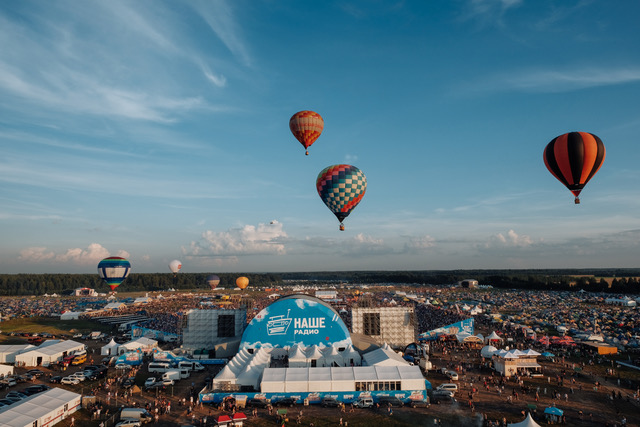 Almost 2 months left before the large-scale festival in Russia "INVASION", which celebrates this year its 20th anniversary. Thanks to a great occasion and an impressive line-APU, many people began to ready for the Main adventure of the year much earlier, which caused tremendous excitement. Selling tickets SUPER VIP and VIP comfort at the festival "INVASION", which will be held 19, 20 and 21 July in the Big Zavidovo the Tver region, is closed!

Recall that from 00:00 hours June 1, 2019, the prices of other tickets "INVASION" will become more expensive, and this means that there is still time to time to buy tickets at the best price. Now to buy the next available ticket categories: Input, FAN, VIP. Also, like last year, all tickets are personalised, so when buying you must specify the surname, name and patronymic, e-mail and phone number. In addition to admission tickets for "INVASION-2019", don't forget to buy tickets in the campgrounds and Parking lot.

Collectible brand tickets can still be purchased at the ticket office of the festival in Moscow and the regions and on the official website nashestvie.ru/tickets.

All details about festival "INVASION-2019" - the site nashestvie.ruin the air of Our Radio and social networks of the radio station. The best tickets to "the adventure of the year" available on the official website of the festival.

From January 22, the allowed number of viewers in Moscow has been increased
More people can go to theaters, cinemas, concert halls
Temiko 1 day ago

Olya Ch. Has released a new maxi-single: “This is a special work. This is how time sounds "
Mini-record "Hi, Dad!" completely created live
Temiko 3 days ago