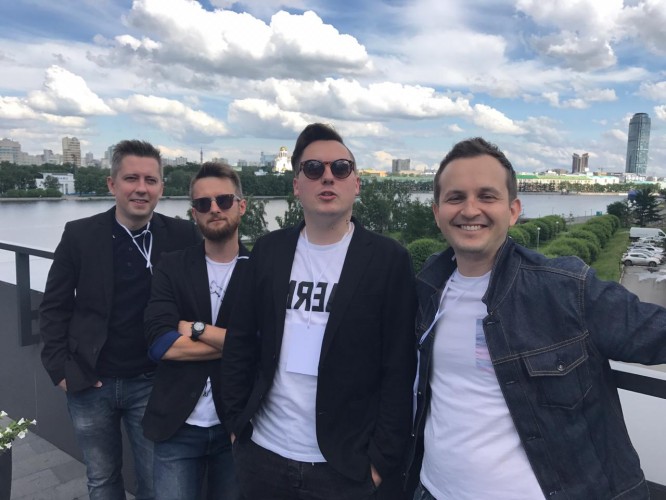 3-5 Jun Romario will give a concert in the airports of Nizhny Novgorod, Samara and Rostov-on-don to invite on the Ural Night of Music. To support the headliner will be local band, already familiar with the festival.

Ural Music Night – the most visited and democratic festival in Russia. It gives you the opportunity to enjoy the concerts of talented and aspiring musicians to fans of all genres, from classical to techno, from jazz to hip-hop, from the bard to the metal.

Be part of this festival and everyone can, you arrive in Yekaterinburg on June 28. In order to invite residents of other cities to the capital of the Urals, Ural Music Night in conjunction with the company "Airports of Regions" organizes the first tour in the air strike in Russian million cities. Imagine festival will be "Romario", because everyone in the band is originally from Yekaterinburg, has already participated in a Night of Music and they will perform at the first concert of the festival in 2019.

Evgeny Gorenburg, Director of the festival: "the concert at the airport Koltsovo Ural traditionally takes place the Night of Music. But this time together with our reliable partners, the holding "Airports of Regions", we wanted to give at least a little piece of the Night to other cities. After all the festival cities, regions, countries and continents speak the same language – the language of music. No frames and borders – a celebration of freedom and joie de vivre. Each person will be able to feel at home"

Every family has its own traditions. His jokes, favourite places, holidays. And different families, living in cities, United by the music. Every city sounds and sounds differently. Nizhny Novgorod, Samara, Rostov-on-don, Yekaterinburg – city of happy people who know how to enjoy life. The night of Music will be chosen in each city, one group who will perform the song "Romario" "Moscow —Neva".

Evgeny Krasikov Director for strategic communications at management company "Airports of Regions": "Ural Night of Music is a hallmark of Yekaterinburg and a great reason to fly to the capital of the Urals. But now the concert venue of the festival extend beyond the city and the venue become the airports of other cities. We believe it is important to link the regions of our country and believe that this goal is in tune with the cultural project that will unite different cities around the music. We invite all residents of Nizhny Novgorod, Samara, Rostov-on-don and Yekaterinburg to arrive at the airports at the concert "Romario".

The Ural festival Music Night will take place in Yekaterinburg on June 28. Within Nights of Music throughout the city centre and operates 75 venues, which are 2500 musicians from 25 countries.

For each platform secured one of the 60 genres of music. Admission to all scenes free.