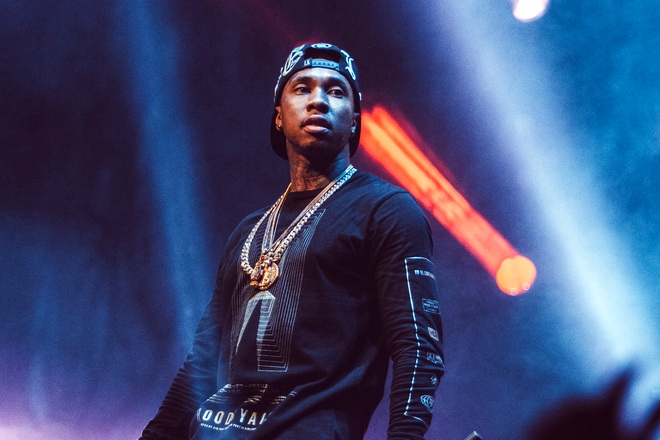 World hip hop star TYGA is going to Russia and will give an exclusive concert on July 11 2019, at the Concert hall Arena by Soho Family! The famous rapper will perform all the hits as well as songs fresh and full-length album "Legendary". The concert will be held with the support of the rappers label Black Star: SLAME and Pabl.A.

By 2019, the baggage Tyga – seven full-length albums, collaborations with Chris brown, Drake, Future, and Rick Ross, the transition to the Kanye West label G. O. O. D Music and scandalous romance with Kylie Jenner. In the last albums, the musician shifts the focus from the recitative to the melody and much more than before, singing. All the hits will be performed at the upcoming concert.

Tyga was nominated for a Grammy and signatory to the label of Kanye West. Michael ray Nguyen-Stevenson, who took the stage name Tyga (stands for Thank You God Always), grew up in California on the tracks of Eminem and Lil Wayne. There at nineteen, he released his debut album "No Introduction" – the producer of the album became Wentz Pete from Fall Out Boy, and the single "Diamond Life" was in the soundtrack for the game Need For Speed. Then followed numerous mixtapes, a record deal with Lil Wayne's "Young Money" and the first position with the track Deuces on the Billboard hip hop and R'n'b tracks Billboard. To date, Tyga is one of the biggest stars in the world of rap.

SLAME – the winner of the second season of "Songs" on TNT in the team Timothy, on the project and together they performed the song "My tears" in memory of Dicle. Tracks, full SLAME, were top Apple Music and live performances have generated millions of views online. Today's artist is one of participantsa label Black Star.

Pabl.A– the artist on the label Black Star, a rapper from Kiev, confidently combines classic hip-hop sound with new school. In the past Pabl.A had to overcome difficult life circumstances in a car accident he lost both legs, but it did not break his spirit, and he with a vengeance continued to be creative.