"Leningrad" – all ticket sale in the tent city of "INVASION" is closed! 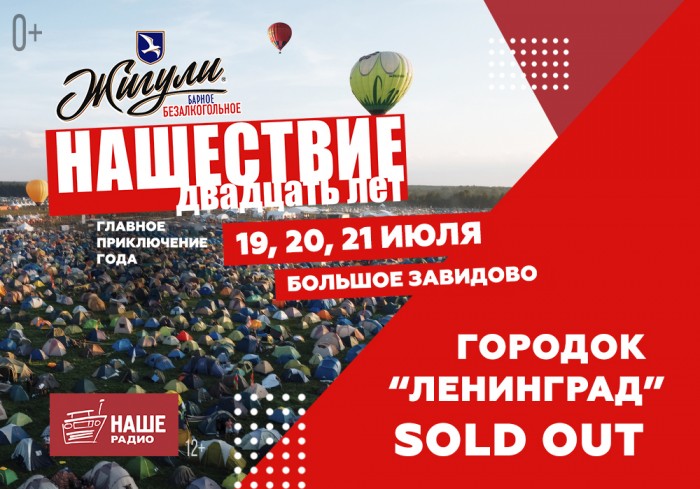 Almost 3 weeks left before the largest one on the Russian music open-air "INVASION", which celebrates this year its 20th anniversary.

On the field in the Big Zavidovo has already begun construction of the main stage: preparing for "the Main adventure of the year" is in full swing. Not far behind and the pace with which "disappear" the best locations at the festival. Thus, the sale of tickets to tent town "Leningrad" is closed!

We remind that on the territory of the festival there are 4 camping tent, each of which was named in honor of the legendary rock clubs. June 27, 2019 to buy tickets available in tent cities "Leningrad VIP", "Moscow" and Sverdlovsk", each of which is distinguished by its location relative to the VIP area and the Main stage, and equipped with wash basins and toilets, and pay showers with hot water. For tents and passage camping you need to buy tickets categories: "Input", "FAN" and"VIP". Also, like last year, all tickets to the festival are personalised, so when buying you must specify the surname, name and patronymic, e-mail and phone number. In addition to the entrance and camping tickets for "INVASION" 2019, don't forget to buy tickets to one of the Parking lots.

Tickets for "INVASION" 2019 - only on the official website nashestvie.ru/tickets.