The premiere of the film "Child of weather" Makoto Cinco — at Comic Con Russia 2019! 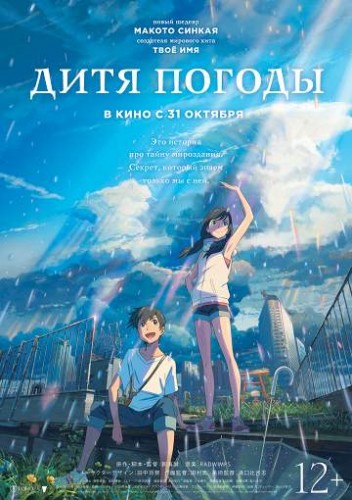 Previous project Makoto Cinco "Your name" not only set a record at the box office worldwide among Japanese films, ahead of "spirited away" by Hayao Miyazaki, but was awarded 14 prizes and 22nd nominations for the prestigious film festivals. New job Cinco nominated by Japan for the award "Oscar" in the category "Best foreign language film". In Japan the picture has already grossed more than $100 million.

The plot revolves around a love story. They met in the middle of Tokyo, under heavy rain. He wants to start a new life in the big city. And she never gets discouraged and has an amazing gift to change the weather with my mind. Where it — always the sun. Together they will change the world forever.

"Child of weather" will be released in Russian cinemas on October 31.

Comic Con Russia will take place in Moscow for the sixth time — from 3 to 6 October in "Crocus Expo", pavilion №1.

The festival will be held the fourteenth annual exhibition of interactive entertainment "IgroMir."