Powerful sound and aesthetics of grunge: the premiere of the new single Bi-2 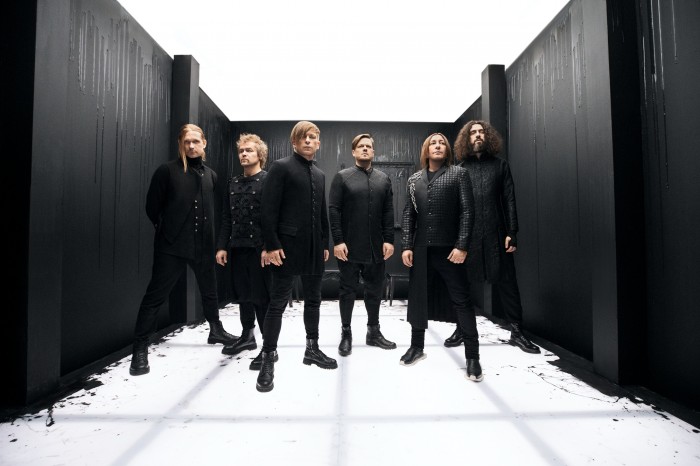 Premiere single and music video "Sunshine" from Bi-2 blew up Monday morning, February 3, 2020. The long awaited track was the first song of the eleventh Studio album, which is scheduled for release in 2021. New single release date was also not random: today, Shura Bi-2 celebrates his birthday.

The release also includes a Remix of the Russian electronic group of Mages and the song "Bridges" created by creative guru Bi-2 – Michael Karasev. "Bridges" together with Shura Bi-2 was performed by the former singer of the "Lake", representative of young generation of musicians Lisa Gromova, which was also part author of the lyrics.

In creating the single "Hell" was attended by leading music industry professionals around the world. The mixing of the track was held in London in the Studio of Grammy winner Adrian of Busby, and mastered by famed engineer Brian "Big Bass" Gardner in Los Angeles. Directed the stunning video was Max Shishkin, known for his work with LJ, Jah Kalib and Ivan Dorn. "Hell" — the first collaboration between b-2 and max.

"Alex I pulled off the track and, after listening to him, I got pleasure. Really wanted to make a video in the style of alternative ' 90s: with a certain style a certain visual, certain lens with a specific installation, judokai. Immediately thought about his crew: "They would just die from happiness!". This is a project that my team and I will support and be proud of, so that we can show the parents!", - said Max.

Clip from the first seconds plunges the viewer in the phantasmagoria of nightmares from the oppressive atmosphere of survival horror. Leva Bi-2 said that the infernal nature of the song and the main refrain "If you're in hell, then I am for you" began to emerge in the process of writing music:

"Of course, the creativity of the stalkers dark corners of my subconscious – Marilyn Manson, David Bowie "electronic period" – had a huge impact on us, but the work on arrangement and sound we're not specifically focused. You can not say about the clip, we made a conscious effort to stylize the aesthetics of grunge of the 90s. Directed by Maxim Shishkin, with whom we are working for the first time, was a true adept of the sinister symbolism!".

However, according to the musician, the dark aesthetics of the single of the new album does not mean that the whole new record to be designed in the same style:

"If we talk about the mood of the upcoming album, it promises to be completely unpredictable, as the time in which we now live," - said Loew Bi-2.

The tenth Studio album by Bi-2 "event Horizon" was released in 2017, and became one of the most successful releases of the band. For the time elapsed since the release of "event Horizon", the band has traveled a large-scale tour to support the album and continued the project with the band: Bi-2 have released a fresh release and updated concert program in 2018.

Since September of 2019 began a tour of the new concert program NewBest, which included hits from the album "the event Horizon of greatest hits and b-2 who love and know millions. The debut single of the upcoming album "Inferno" – will be included in the concert program from February 2020.

The story of the new album of Bi-2 has begun!