4-5 July on the Parking lot of the Luzhniki stadium triumphant has started a series of drive-in Live concerts &amp; Drive 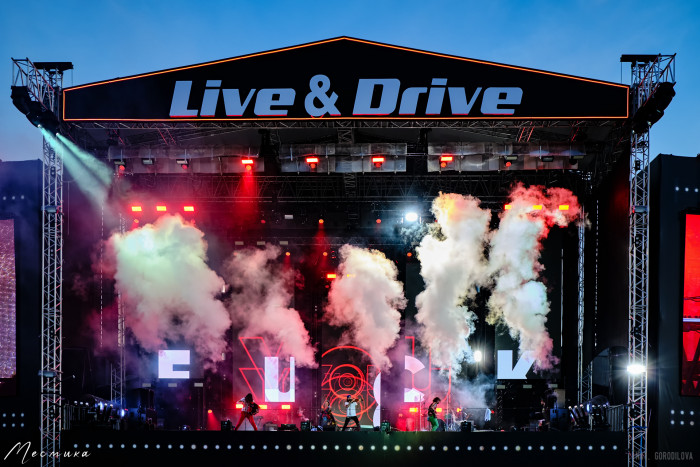 4-5 July on the Parking lot of the Luzhniki stadium triumphant has started a series of drive-in Live concerts & Drive by part Gypsy-folk group The Hatters and pop singer Zivert!

The format of the drive-in concert, where the audience are listening to music, being in or near his car, already got huge popularity in the USA, Europe and some Asian countries. Thanks to a joint project of Live & Drive group of companies SAV Entertainment and “Russian Show-Center” and TCI this July, citizens will be able to see the live show of Leonid Agutin, group “spleen”, Diana Arbenina, Night Snipers, Basta, Time Machine, Pyromania Theophanes \ Anacondaz, SUPERDISKOTEKA 90s, other.

The first concerts of the series proved that the drive-in concerts in no way lose regular: crazy hooligans from The Hatters showed on the Parking lot of the “Luzhniki” absolute rock show, receiving the gratitude of many car horns in lieu of applause. No less favorable response awaited and most current Russian pop singer Zivert, who performed their hits to Life, “Green wave” and ALL.

In addition, compared to the usual concerts, drive-in show – a more comfortable format: all viewers have a personal space around the cars, food and drinks can be ordered online, not crowding near the bar, the toilets are located so that to avoid the queues. VIP tickets included a priority out on the territory and access to a dedicated area with tables with open Seating, special Parking, and food.

Security requirements and social distance were not an obstacle to this unity of the public: dancing next to the machines, the beeps and flashing lights, rave reviews on social media. A triumphant beginning of a series of Live & Drive it says that the format of the drive-in shows will be more and more fans. To see this will be on other shows, Live & Drive this July!