For the first time in Russia and on the Tenth Dobrofest - FEVER 333 (USA)! 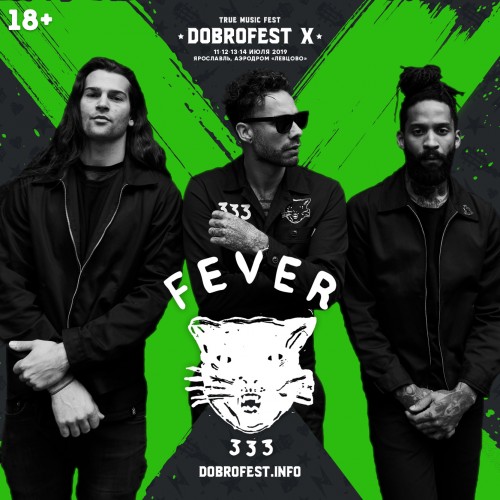 The press have dubbed the team as "Rage Against The Machine days," for their courage to attempt to raise critical social issues in his works and compares the sound with Run The Jewels and early Linkin Park. In June 2018 composition Walking In My Shoes from the FEVER 333 was a TOP 10 rock radio hits on the Billboard charts.

FEVER 333 nominated for numerous music awards American recording Academy GRAMMY 2018 in the category of Best Rock Performance with the song Made An America. We will be rooting for them on 10 February!