Became known, the second headliner of the festival "Kinoproba 2019" 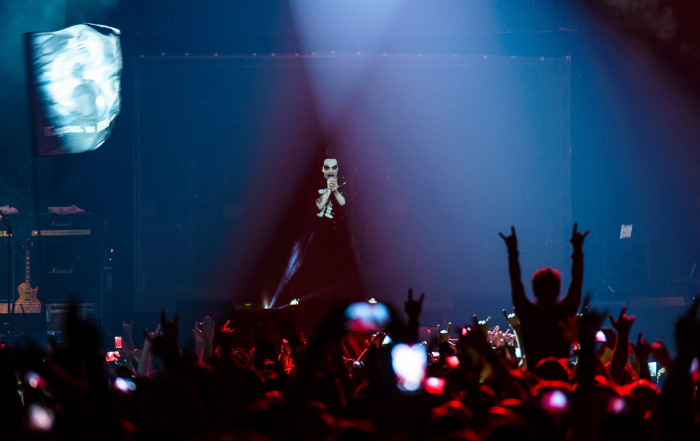 Good news for all fans of the band "King and jester". On 21 June, the festival "Kinoproba" will be opened by the group "КняZZ" with the program "a Stone on the head. 30 years of the group Kish", which has died down in the summer in St. Petersburg and Moscow, SC Olimpiyskiy.

The "King and the clown" is considered a legend of the Russian rock scene thanks to the original music of the Pot and branded "fantastic" texts of the Prince.

"A stone on the head" - concert, based on the first official eponymous album, includes more than 30 well-known songs of the band, including "Forester", "a Fool and lightning," "Maria", etc.

By the way, in addition to the live musicians on stage rises and the Pot in the form of a hologram created with original concert audio and video recordings of Michael Gorsheneva.

So Friday night at the festival "Kinoproba" everyone will be able to take in the sights of former times, when the Jester was calling the guests and the audience felt the ecstasy and Union with the beloved music and unique style of the team.

Recall that multipermutations festival "Kinoproba" will be held on 21, 22 and 23 June 2019 on the airfield Okulovka in the Novgorod region.

Tickets for the festival can be purchased on the official website: https://ocoolovka.ru/