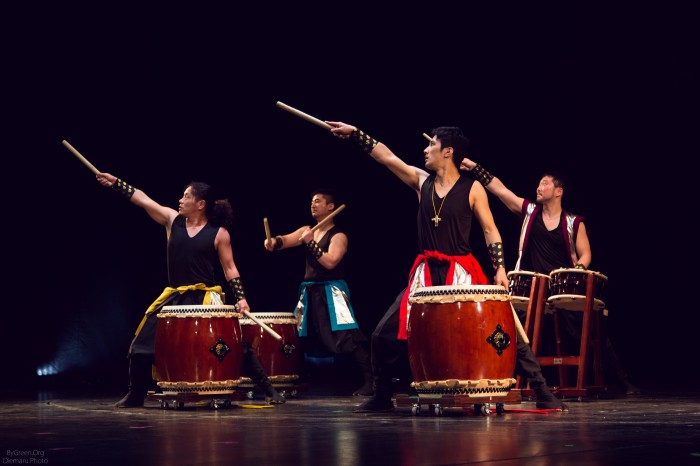 Photo source:
The press service of the festival

Very soon will be the largest festival of Japanese culture in Russia - Hinode Power Japan, which will be held on 30 and 31 March in pavilion 75 VDNH.

The show of Japanese drummers, cosplay show, the national selection international championship of cosplay World Cosplay Summit, anime premieres, Japanese musicians, acrobats, performances of athletes, the chef cooks the best Japanese restaurants in Moscow and Japan, live-performances, master classes and much more await you at the eighth annual festival of Japanese culture Hinode Power Japan, which will be held on 30 and 31 March at the exhibition pavilion 75 VDNH. The event included the Embassy of Japan in the program of the official events of the Year of Japan in Russia.

The headliner of the festival will be the popular Japanese group of drummers Gyouten – explosive mixture of traditional music and contemporary Japanese performance. Festival visitors will be able to hear the most popular Japanese instrument and play it at the master class on playing the Japanese drums, wadaiko from team members Gyouten.

The festival will have a special guest – Shingo Adachi, the character designer of the anime adaptation of Sword Art Online included in the Top 3 most popular anime. The festival will host an exclusive autograph session.