Finnish group The RASMUS will perform at the festival "Taman 2019" 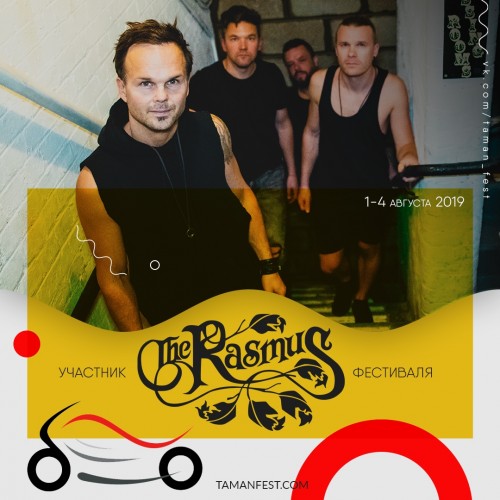 About The Rasmus heard every lover of music and beautiful lyrics. Almost every teenager in the early noughties was hanging on the wall a poster of the group. During his long career as one of the most famous teams of Finland has released nine albums, received many different awards at home and abroad.

Today rock band The Rasmus, as before, surrounded by loyal fans, creative energy and youthful enthusiasm that allows her to draw a full house. Immerse yourself in pleasant memories, sing along with the band the hit In the Shadows and other songs of The Rasmus at the 21st bike festival Taman ""Peninsula " Freedom"!!!