Barmalei. A musical for the whole family July 14 in Saint-Petersburg 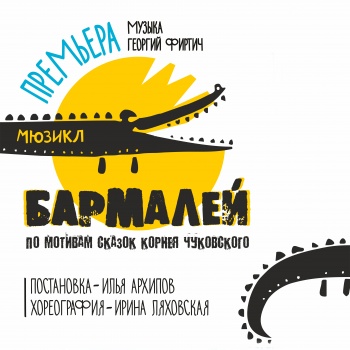 Music hooliganism based on the works of K. Chukovsky

The show, which will be a real gift for fans of the genre. And for all who is waiting for the theatre of entertainment and thrilling action. Meeting with characters, friends since childhood, will bring many discoveries. And the musical theme created by a brilliant composer Georgy Firtich, be asked to the live performance and unbridled fun rhythm.

"What is important in the musical? Correctly, music. Simultaneously with the literary source inspired by the famous cartoon by David Cherkassky, "Doctor Aybolit", which sounds magnificent musical works by Georgy Firtich. Somehow they turned out to be undeservedly forgotten today, but we will correct the situation."
(I. Arkhipov, Director)

The arrangement of the musical numbers – Timofei Maslov