The project "Temples of the Russian North in the Chapel" 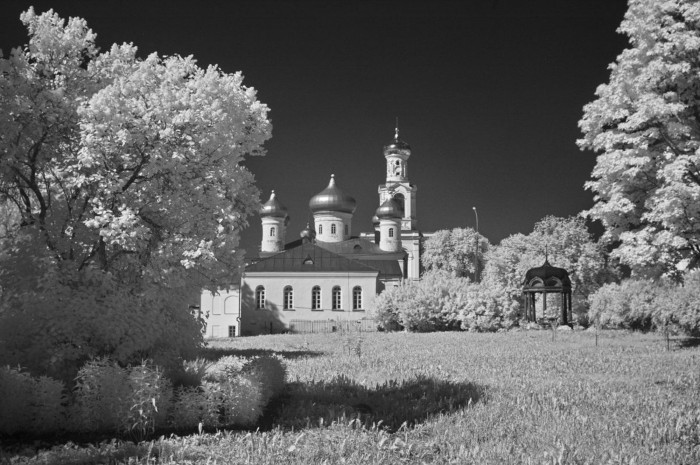 19 September 2019 academic State Cappella, together with the Union of photographers of St. Petersburg presents to your attention the continuation of large-scale photo project "Temples of the Russian North". Among the authors – well-known Petersburg masters: Sergey Andreev, Pavel Apletin, Valery Degtyarev, Alexander Dymnikov and many others.

The exhibition marked the beginning of the project, opened how years ago in the gallery of the chapel. Leading photographers of our city became interested in the topic of architecture of ancient Russia. In 2019 was followed by their joint trip to Novgorod and Pskov, Veliky Ustyug, Totma and Solvychegodsk, in the Kirillo-Belozersky monastery, in Zaonezhye and Kargopol, in the North Arkhangelsk region, the Pinega and Mezen. The creative results of these expeditions became the basis of exposure.

The main objective of the exhibition, according to organizers, is to demonstrate to the audience the greatness and originality of the masterpieces of religious architecture of the Russian North.

Territory populated by the Slavs in the 9th century – from the Vistula to the Volga from West to East, from Ladoga to Kharkov from the North to the South is area of half of Europe. The culture of the ancient Slavs was formed from the beginning of Indo-European civilization. Artifacts of this culture are better preserved in the North, where there was weaker external influence.
More than a hundred years ago by I. Grabar wrote about the fact that the aesthetic achievements of the architects of ancient Russia and the originality of their creations are still not appreciated. The situation has not changed today. Masterpieces of the Russian North is little known. The massive tourist flow in the North no. Beautiful Russian village – the Kimzha, located in the North-East of the Arkhangelsk region in the lower reaches of the Mezen, attend only about a thousand people a year. The more urgent the task of artistic interpretation of the cultural heritage of these places.
Preserved from ancient times, unique churches, houses and other buildings is a complex and multi-layered image, which includes not only the typical features for the time of construction, but also continuous aesthetic relationship with the culture of previous centuries, and perhaps millennia.