"Sometimes the inability to play something in a certain way results in it becoming something new": Interview with Bart Smits (ex-The Gathering, ex-Wish)

The Gathering has rightfully a high rank in the world of the rock music. For three decades now, the band has pleased their fans with numerous experiments and every album of the Dutch formation can still serve as topic for discussions. In view of the 28th anniversary of their debut "Always" Mesmika talked to their first singer and founding member Bart Smits and found out how the band started, what he thinks about this album now and why he left the band.

Hello Bart, how are you? How do you deal with the current situation around covid 19 and how much it has affected your life?

Hi, I'm doing fine. Covid-19 hasn't had a big impact on my life, fortunately. As I work in a hospital it does have an impact on my daily job. Eventhough I don't work with patients directly the entire organisation had to cope with all the changes that needed to be done to facilitate everything. Things are now going more towards business as usual, just keep our fingers crossed there won't be a second wave.

More than 30 years ago, you and the Rutten brothers formed The Gathering. Do you remember that day and how it was?

Well, I don't recall it being an exact day. It was just something we came up with for doing in an autumn school holiday week. René and I were already in a band together. And as Hans also liked Celtic Frost/Hellhammer we thought it would be fun to do something together. I still have the tape from that very first rehearsal. It doesn't sound anything near Celtic Frost, ha! Sometimes the inability to play something in a certain way results in it becoming something new.

Who came up with the name for the band and why did you choose this one?

I'm not sure who came up with the name exactly. It was probably Hans or Marin van Sprang, who was going to be the bassplayer. We liked the movie Highlander and the Gathering is what most of the movie revolves around; "the subconscious summoning effect which occurs in order to force Immortals together, to participate in the Game." We felt the name was less like that of other metal bands and didn't label the music much, which we felt was a good thing. 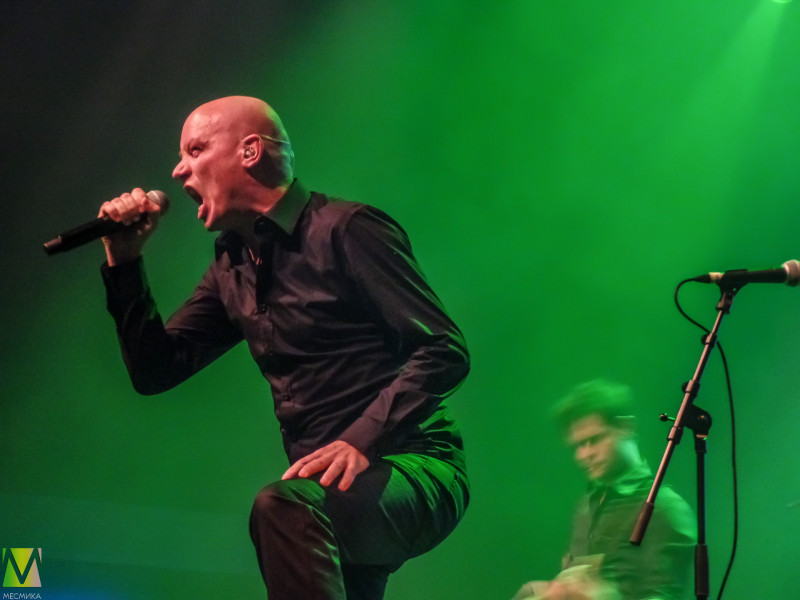 "Always" not a typical death metal album, it contains keyboards and female vocal. Who influenced you back then by the writing of the album?

We all had our personal influences, everybody listened to a quite broad musical spectrum. Even within metal we listened to different stuff, although there were bands which we all liked of course. But for me I think my main influences back then were Celtic Frost and Paradise Lost.

Why did you call the album "Always", what is behind that title?

I don't recall exactly why. A lot of the lyrics have (the passing of) time as the main subject. And there is no bigger unit of time than always, I guess. So it encapsulates a lot of the lyrical ideas without steering to much in a certain direction. It's not a title that would be directly associated with a metal album.

What songs on the album are your favorite and why?

My favourite songs from the album are "The Mirror Waters"", King for a Day" and "Stonegarden". I think those were more or less the last songs we wrote for "Always" and they are a bit more mature maybe. I think most people that like the album tend to graitate towards those three songs. Although we always had people in the audience shouting "SUBZERO!" at random.

What do you think about this album today?

I'm still very proud of the record, I find it amazing we did that as teenagers. There are some things that could have been better obviously but it was the best we could do with the means we had. After the record was released we played a lot live and that also vastly improved our skills. The live versions on the TG25 album show what years of progression sounds like.

Before the recording of the album started, you opened for such bands as Morbid Angel and Death. Do you remember those concerts?

Not all of it, but I do remember some. Morbid Angel was nervewrecking because it was in quite a larger venue than we were used to. They were quite nice guys though. And Death was especially great because they were one of my favourite bands at the time, so it was an honour to get to play as support for Chuck.

Why did you decide to leave the band?

I think if you listen to the second album of the Gathering, "Almost a Dance" and the debut album of Wish, "Monochrome", it's quite obvious. We were going in completely different directions so something was bound to change. I could quite find my place in the songs for "Almost a Dance" and struggled with both lyric writing and finding my voice. I wanted to change from doing only growling vocals but it was quite hard to change. I was into quite dark music and the songs were going more towards a lighter vibe.

Did you take part in writing songs for "Almost a Dance"?

I did take part in the writing process of "Almost a Dance". I think half of the songs still have the title I gave them, though the lyrics were changed. 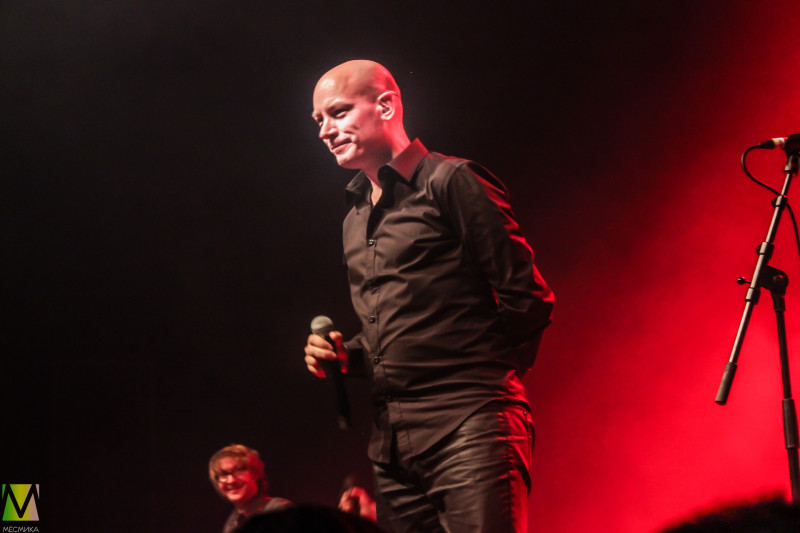 Have you followed the development of the Gathering since you left?

To be honest, back then not very much. I was doing my own thing and lived a different city as I moved away out of Oss almost immediatly after I was out of the Gathering. It was still in the days of no internet or 14K4 modem dialup connections, so it was a different social life back then. But I got in touch again with the guys around 2011, before the release of "Disclosure", for the 2012 reunion concerts.

After leaving TG, you had the band Wish. Why there were just one full album and few EPs?

Bad luck? We had quite a good start with Monochrome but we evolved from that sound quite fast towards a guitar-driven Rock sound and electronics becoming more imortant. We tried to fuse rock with electronics and were at the forefront of bands doing that. Maybe we were a bit too soon, because we couldn't expand from there. Around the turn of the century and later we (and other bands) found that live music was very much pushed away in favour of DJ's and we struggled to keep enthousiastic about it. In 2003, after 10 years we called it quits.

What did you do after Wish and what are you doing today?

I did sort of a reboot of Wish under the name Lindane, which was basically the same line-up but with an added member on keys. We only did one gig and as I moved abroad it became too hard to continue that band. When I got back in 2011, Bas (who was the guitar player in the last iteration of Wish) and me started Magnus Machina. We asked Hugo, the ex-Gathering bassplayer, if he would like to join us, which he did. As Magnus Machina we were even supportact for the Gathering at one gig. Magnus Machina has been dormant for quite some years now though. The last few year I was in a Depeche Mode tribute band, together with Hugo and Frank from the Gathering and Patrick, the drummer of Magnus Machina. That was also a lot of fun to do as DM is still one of my favourite bands. As for today, I'm just experimenting with sound. I have quite a nice setup with modular and vintage synths that I enjoy playing almost every day. But no other musical endeavors at the moment.

How did you feel when you stood together with The Gathering on stage again in 2012 and 2014?

Well, it felt awesome! Before the shows in 2012 I was a bit unsure whether I could still do the growling vocals, since I hadn't done that since the mid-90's. But during the first rehearsals it was clear that it was like riding a bike, you never unlearn it. In fact, because I learned a lot about singing in a normal way, I could do the extreme vocals easier and with less strain on my vocalcords. Singing with a normal voice is still quite a challenge for me, but going on stage growling like a madman felt very freeing. I loved every minute of it. And with the reunion concert in 2014 I had one of the best days of my life. What an amazing experience that was. A bit nervewrecking to do Afterwords live but I'm glad I could show people my Dr Jeckyll side as well as my Mr Hyde side.

Last question is a bit out of the pipe dream :)
There are enough fans who consider "Always" the best TG album. Could you imagine today to make an album like “always” with The Gathering?

I can imagine a lot of things... ;)) But I don't think this will ever happen. Though I would love to see what we could come up with it just would be an entirely different thing. I don't think any of the old members listens to metal a lot these days, so making a metal record would be a bit odd.