"The simplest things are actually the hardest": Interview with Johannes Eckerström (Avatar) 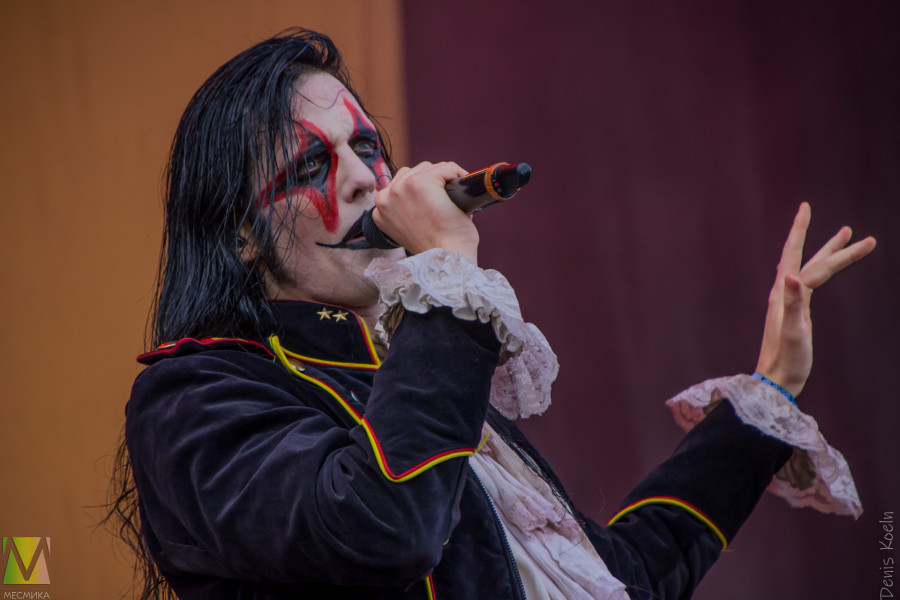 With the release of their latest album, "Hunter Gatherer", Avatar became permanent in the metal champions league. Unfortunately, for all known reasons the band is not be able to present the new album in live show. Despite the current difficulties, the musicians found a way out and decided to please their fans with a series of online shows in January ("Avatar Ages-an Impossible Concert Experience"). In the show on the 9th of January the band plays the new album entirely. Mesmika talked with the band's frontman Johannes Eckerström about the new record.

- Hello, Johannes! Congratulations on your new album! Are you satisfied with the press and fan reactions to the album?

- When did you start writing new material and did you have an immediate idea of how it would sound?

We knew it was going to be darker and heavier this time, but beyond that we left the process pretty open ended. The past two albums were written with very specific goals in mind and it was important for us to step away from that way of doing things. The writing of this album probably started officially in the fall of 2018, but we often return to older ideas, so some stuff had been maturing for much longer.

- It's not a concept album but is there a key theme? What is "Hunter Gatherer" about or is it just 10 completely different stories?

The songs are linked to each other by an overarching theme of standing in one's own way. All in all it obsesses over the big question of what it means to be human, right here and now. It does so with the eyes firmly fixed on both our distant past and our immediate future. There is a heavy presence and awareness of the tension in the world and of inner turmoil. All in all the songs were indeed written as individual pieces and as such are individual separate breaths coming out of the same lungs. 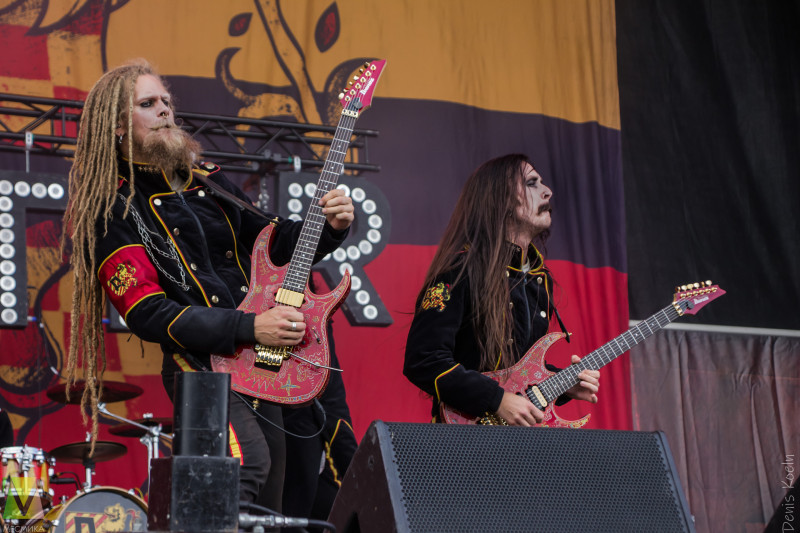 - Why did you choose this titel for the album?

Evolution carried us all the way to the stone age. From there our civilization has changed and evolved so rapidly and strangely that biology hasn't been able to keep up. We are very much the same creatures we've been for millenia, the same animals who lived as hunter gatherers in a time before history. It's a way of acknowledging our humanity and challenges as we now basically live in the dark dystopian future we told each other about in scary stories for the last five decades or so.

- Can you tell us something about the cover? There are people on the internet who see in it a double meaning...

As many album covers often do, it is intended to work on multiple levels. On the surface it is to aesthetically reflect the darkness, energy and humanity of the songs. Furthermore it illustrates our inner spirit revealed and as such reflects the album title and our inner nature as well as the name of the band. An Avatar is a manifestation of a god on the earthly plane and to us it stands for hidden greatness and untapped potential.

- The album is full of surprises and of course I have to ask you about Corey Taylor who took part in "A Secret Door" and even co-wrote "Wormhole". How did the collaboration come about?

We have opened for Slipknot and met briefly here and there, but beyond that it mainly happened due to Corey collaborating with our producer Jay Ruston multiple times. They are good friends at this point and as he and his wife, who is also a fan of Avatar, were in town they asked to come by and here some tunes. It was a fun afternoon in the middle of a very hard work schedule. 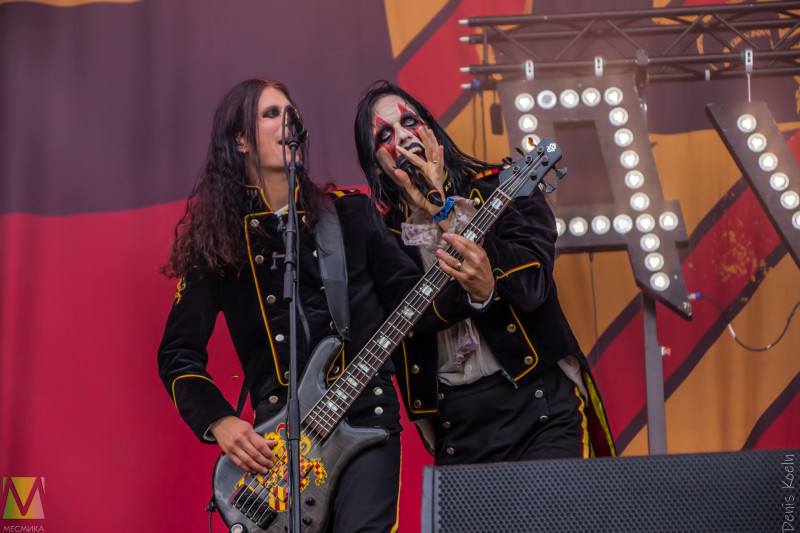 - Another great moment is "Gun". Very unexpected and beautiful. Can you say a few words about this song and was it difficult for you to sing it?

It took me seven years to finish it, to just treat it like we treat any of our heavy songs, where we allow it to become whatever it wants to be. I think you'll hear many artists say this, that oftentimes the simplest things are actually the hardest. The same went for the vocals. They required a certain delicacy, but they weren't meant to be too pretty. The emotional intent had to come first.

- How many new songs were written and did they all make it to the album?

No. We wrote much more than we needed this time, and that was kind of the theme and challenge. We call it the Rick Rubin method. We probably had over 25 songs to choose from, but we didn't record all of them in the studio.

- There are people who see Russian letters in your Band logo. Is there some truth in this? Do you remember how did you create your logo?

A friend made the logo when we were really young and we didn't know better. To us it looked like A's. When we play Russia we have fun with the audiences about it, and shout DVDTDR together. 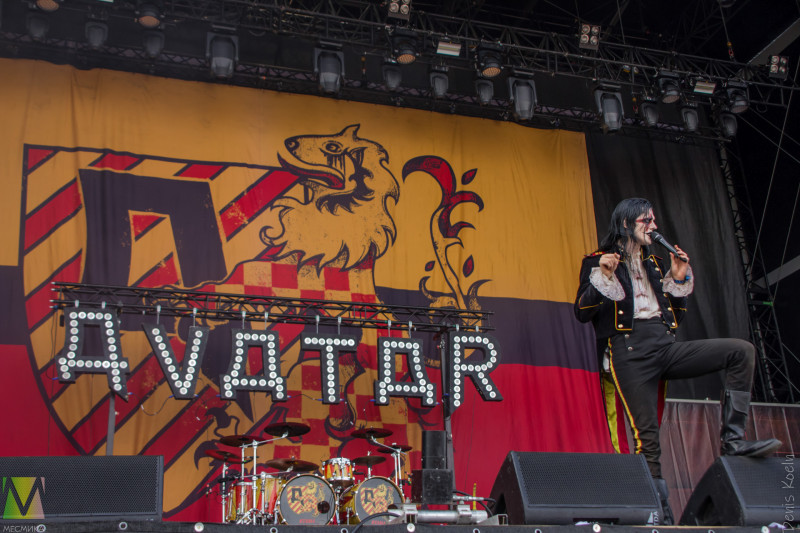 - In March you played the last live concerts. How do you remember these Shows in Russia?

They were really good. We are good friends with Sabaton and enjoy playing with them. We had never been to Siberia before, so getting as far as Novosibirsk felt really special. Fans were great at all three shows and it wasn't really until the last show that it started to sink in what was happening in the world. That made the St Petersburg show feel quite strange. It was kind of melancholic and almost threatening while also feeling somewhat holy. We realized we wouldn't get to tour for a very long time after that.

- Your music sounds like a movie soundtrack, your videos are very theatrical, but what if there was ever to be a movie about Avatar, who would you want to play you and why?

I thought they already made one. I was played by Sigourney Weaver!