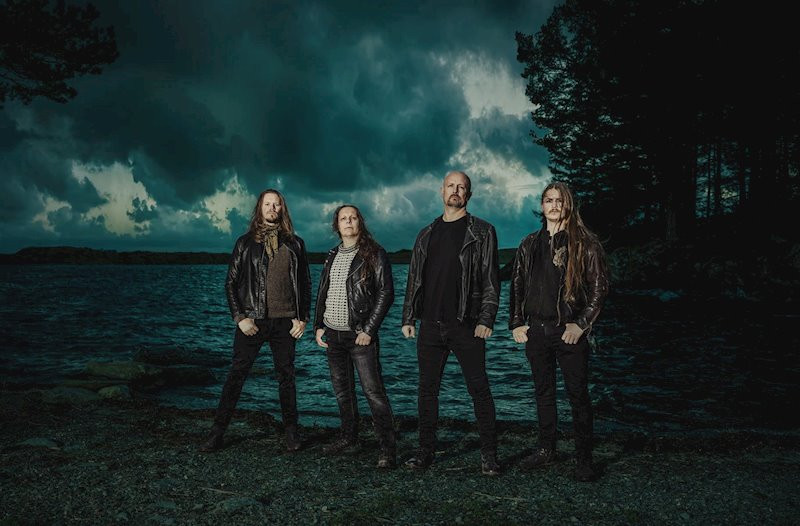 The Norwegian band Einherjer proved once again, with their new album “North Star“, their right to be concidered as one of the leading bands and co-founders of the cold northern Viking Metal genre. Mesmika spoke with Gerhard Storesund, drummer and one of the co-founders of the band, regarding the new record, the ongoing issues and the band's plans for the future.

– Hi, Gerhard! How are you? Where are you at the moment and what are you doing?

- Hi there. Doing great here! We're currently in our hometown Haugesund, where we've been stuck for over a year now. Not a bad place to be, but it would be nice to travel a bit again. These days we are reaping the fruits of our labour so to speak:) The 3 I's. Interviews, interviews and interviews.

– How much did your lives change during the past year? Are there any positive aspects to this whole Pandemic situation for humanity in general?

- For the band, a lot changed for the worse. As it was for most bands the last year. We had many plans laid out for 2020. Many festivals, European tour, Norwegian tour. Obviously, none of that panned out and I think it's pretty safe to say that 2021 won't be too different. On a personal aspect, I've actually had a quite normal life considering. Been lucky enough to maintain my job through all of this. I have yet to decide if I'm key personell of if I'm just expendable. But hey, I got food on the table. Positive things about the pandemic? Sure, people finally keep their distance:) And it took a pandemic to get people to wash their hands. That's something. And maybe that we will be more prepared for the next pandemic. Hopefully we learned something from this. Another positive aspect of this thing, is that instead of hiding their farts behind coughs, people actually hide their coughs behind farts these days.

– Congratulations on the new album! In my opinion, it's your "most hit" album yet and at the same time, it still sounds like Einherjer. What are your expectations from «North Star» and how do you think that the fans will react to it?

- Thank you very much! It's nice to see all the great feedback we get from "North Star". It makes the whole process worth it. I kind of understand what you mean by "hit" potential, although I think it's in a very small scale. Viking Metal, or Norse Heavy Metal that I would like to call it from this day forth, is a very niche style. There is a roof. The potential is limited. But still, I think the album has a real Heavy Metal aura to it. Our roots really shines through on this album I think. I know it's impossible to please everybody, when releasing a new album. Some people might be stuck on "Dragons of the North", and never get past that, and some people really embrace the "new" Einherjer.

– In your opinion, how does the new album differ from the previous ones? What did you do differently this time?

- I think it's a continuation on the same path that we paved out on the "Norrøn" album. I think we've had a stable progression in our sound since then. The recipe is still the same. We don't feel the need to change something that works. Improve it yes, but not change it. We're just trying to write better songs at all times, within the same framework. Our lead guitarist, Ole, has also worked more independantly on his solos on this album, and he really shines.

– You record your albums in your own studio «Studio Borealis». Did the Pandemic affect the recording of «North Star» and the working process in general?

- Well, if so, in a good way. With everything else cancelled, this pandemic gave us more time to really focus on the recording of this album. More time for experimentation and to perfect everything. Yeah, it's fully recorded and mixed in Frode's studio "Studio Borealis". That's the only way for us to work now. It is very convenient to have the studio 10 minutes away, and not in Sweden or something.

– How does your songwriting today differ from when you started your career?

- I think it's pretty much the same thing. We have never been a band that jams out some great tunes. We basically sit at home, writing stuff independantly. Then we record sketches that we ship back and forth. We mainly chose the most promising ideas, and work with that. Back in the day, we didn't have computers or any form of home recording, so everything had to be memorized. So yeah, a bit of a difference there.

– How did you choose the titel of the album and what does it mean?

- A couple of reasons actually. First of all, it's a cool title. "North" is a thing we have used in the past on occation. "Dragons of the North", "Far Far North", and so on. Other than that, it has a more symbolic meaning to me. It's more like a goal or waypoint you create for yourself. Like a path to follow. For Einherjer, I think we created that path when we recorded "Norrøn". That path can still be uphill. 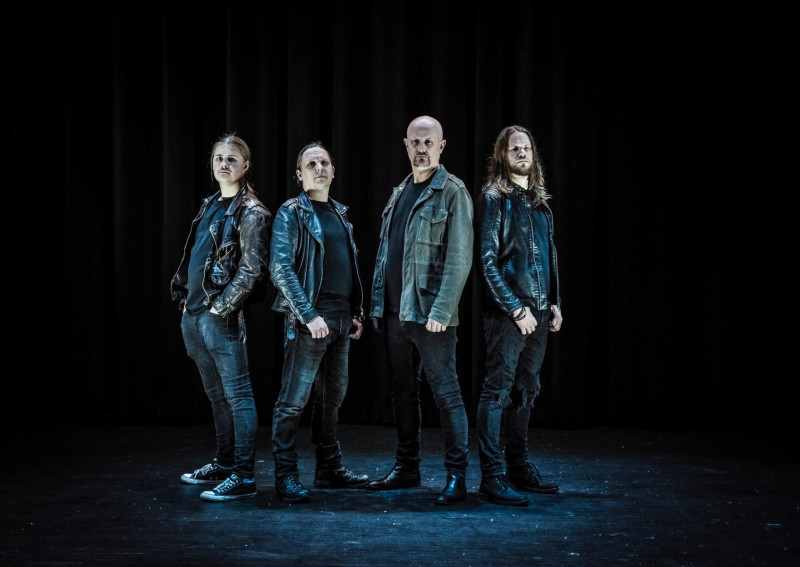 – What is the song, with such a cool titel as «West Coast Groove», about?

- It seems some people get references to California when they hear the title. I can assure you, that's not what it's about. We have a long streched west coast:) To me, this song is an ode to the place we live. It is very important to us. We get more connected to this place, the older we get. Most of our memories are created here, and most of our inspiration come from here. More important than any musical influence in fact. I would also add that it's an ode to the journey we have had as a band. We have been through a lot these 28 years.

– Nowadays such genres as Viking and Black Metal are not as popular as they used to be in the 90s and in the 2000s, however they still exist. Do you notice a big difference between how it was then and how it is now? How do you feel about bands that play this kind of music today?

- There is definately a roof for these kind of styles. It's not for everybody. If you take Viking Metal and all it's subgenres, pagan metal, folk metal and even pirate metal (people actually put us in the same booth as this type of music), I think the scene is huge these days. The viking topic specifically, is huge these days. Much thanx to shows like "Vikings", "The Last Kingdom", and maybe "Norsemen". My Facebook feed is filled with viking stuff. Everything from drinking horns, pendants, beard oils and t-shirts with constructive phrases about vikings. Odin this, and Odin that. All sorts of crap people want to sell me. It's like I'm trapped in some kind of viking tourist hell. I feel that this has turned into some kind of bloated giant, and it will collapse on itself. I don't really listen to "modern" music at all really. It's still Accept, Rainbow and Nazareth here.

– Einherjer is in the business for already 28 years. What do you see as the biggest highlight in the history of the band? And what would you still like to achieve?

- Well, we still exist as a band. That's a good thing. Me and Frode have been friend since we were kids, and I guess the has something to do with the longevity of the band. Playing main stage at Wacken as the first gig after our "break" is also something to remember. Touring with King Diamond. To us that is definately a big deal, as die hard fans. We have been to most corners of the world in our carreer, but there are still places we haven't been. Russia being one. So close, yet so far away. So when this shit is over, we hope to visit places we haven't been yet.

- Thank you very much for the interview! We are looking forward to hearing your new songs live! Take care.

- Take care you too, and stay safe over there:) Rock on!

"Getting slapped with quite a dose of cold naked truth can be really hurtful": Interview with Ricardo Amorim (Moonspell)