Interview with The Mirror Trap: I became obsessed with J.-P. Sarte, Simone De Beauvoir and A. Camus

The Mirror Trap played their first solo concert in Russia on the 1st of June in 2016. A year after that, Mesmika talked with the band about influence, support for new bands, weird gifts and if it is important to be in the right place at the right time

- As some famous philosophers and writers influenced your lyrics, do you think that your music points out some things people don’t think about it and helps people to make their own opinion?

I hope that our music can make people think about things in a different way, or at least have an emotional influence upon them. All that any writer or artist can do is to present the world in the way that they see it. There is no universal truth to be told. I love writers that make me think about the world and ask questions about myself and humanity, I would love it if one day our music could do this. But most of all i would just like to have a connection with the people that hear our music. Even if it is something as simple as saying "you are not alone", and helping people to deal with all the shit of the modern world.

Often people will tell me that bands should not speak about politics, books or ideas and that they should just keep quiet and be entertaining. This might be because this is all that is on offer today, it seems strange when a band has an idea or an opinion because people are so used to bands saying nothing other than "blah blah blah, me me me, buy these shoes, blah blah blah, buy this hair styling product". My favourite bands are usually the ones that challenge me to think and to dream, bands like Joy Division, Manic Street Preachers, Placebo or Nirvana and more modern acts like Kendrick Lamar and Father John Misty.

- Do you agree with the statement that “the secret of success is being in the right place at the right time”?

I think this is a very true statement. Success is a hard thing to understand. It can be possible to make the most amazing art, to dream up incredible scientific and political theory, but if there is no one around in the time or place that you create it who can understand and appreciate it then it may never gain "success". I think this is true for a lot of iconic rock and roll music. Perhaps if The Beatles existed in a different era and came from a different city they would not have created the music they did. Also, David Bowie had to make to make three or four albums before he achieved great success, and then he went on to be the greatest rock star ever. If he was a young musician today, where music must be instantly successful or is forgotten about then he probably would not have been given the chance to evolve as an artist. Maybe today there are new David Bowies around the world who we will never hear because they exist in the wrong place, at the wrong time.

- Do you like to play in clubs or at open-air festivals? Do you have a favorite place for your gig?

This is a tough question. I think there is something almost spiritual about playing music outdoors, open-air, to large numbers of people, it is hard to explain, but the feeling of being outside with the open sky above you is incredible, maybe it come from some primal part of the human brain. So many big moments throughout world history have started from large groups of people coming together outside.

Club gigs are very different for me. There is no spirituality in a club show. They are wild, and dirty and sleazy, and I love them for this reason. I love to play in dark rooms, with low ceilings, were I can stand very close to the audience, and too look into their eyes. I want to leave the stage covered with the sweat of the audience.

Yes, I would love to do this. Placebo have been great to us. And I guess artist like David Bowie and The Cure did the same thing for Placebo twenty years ago. I love music, and so often fall in love with new bands, and I want to tell the whole world about them. I hope one day soon we can became successful enough to help out young bands. 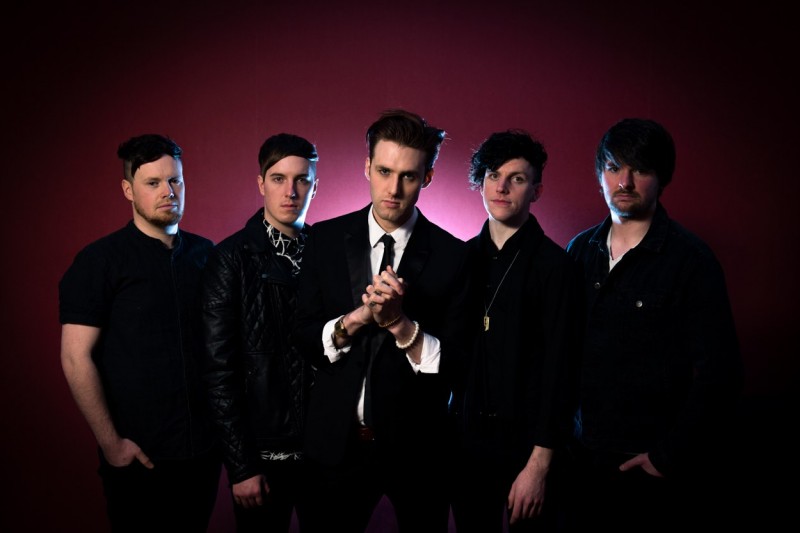 - You chose the name of your band from the philosophical novel Nausea (“A little more and I would have fallen into the mirror trap”). Why is this novel so special for you?

This novel is very important to me. When I was younger I always felt like I lived outside of society, I had no interest in religion or money, I did not understand the world, I started to read a lot of books that I thought might help me understand life and humanity but I was always left more confused. Then one day I read Nausea and I felt like this story was talking directly to me, and explained my life. This was my introduction to existentialist philosophy. I became obsessed with Jean Paul Sarte, Simone De Beauvoir and Albert Camus. I loved the idea that we are completely free, that nothing is guiding us, our life is not pre-destined but is the result of our choices. I think this is a very empowering idea. I think that to doubt and analyse every aspect of our lives makes us better people. There is a poem by the American writer Charles Bukowski where he talks about how the most mundane daily tasks can become special once you have read Sarte. I agree with him.

-Why did you record Simulations in Thailand?

We had a lot of songs written in 2015 and were ready to go into the studio when we spoke to our manager Dave McLean to make plans, he has an office in Bangkok and

suggested we go with him to Thailand to record the album. This is an idea we had never considered, we expected to stay at home and record the album in Scotland. The studio (Karma Sound Studio) in amazing, and allowed us to spent all of our time focusing on the record. It was one of the greatest experiences of my life.

- What are your plans for the next album?

We have been writing new music for the last three months. We have lots of songs, some finished, some just started and others that we have been creating many different versions of. Soon we will be going into the recording studio to begin recording. I think we have some exciting new songs, but I still don't know what the album will sound like. We want to keep "The Mirror Trap sound", to stay loud and energetic, but we also want to do some new and exciting things which might surprise people. I don't think the album will be available until 2018, but maybe there can be some new songs released this year.

- Are you planning to make Scott Duffie a member of the band?

Mr Scott Duffy is like a brother to us. He is a very talented man, and one of my best friends. When we needed someone to play keyboards at our live shows he came to help us. But Scott has many talents, and is probably best as a drummer, he has recently been to America to play drums with our friends The Sandinistas and is in the studio right now playing drums with another band. He is a very busy guy. When he is available he will always play with us, but sometimes he has other priorities. Maybe in the future we will play some shows with other keyboard players, but I hope Scott is around most of the time.

- What the weirdest present did you get from your Russian fans?

I don't think we have had any really "weird" gifts from out Russian fans. We always get cool stuff, like paintings, books, clothes, vodka and chocolate. Last year I was given a Dostoyevsky pin badge, which I still wear on my jacket every day. I think I would quite enjoy some weird gifts though. Things which I would never expect, ha ha.

- Some words and wishes for your Russia fans looking forward seeing you again in Russia.

We are very excited for our return to Russia, hopefully this can happen very soon. When we visited Moscow and St Petersburg last year with Placebo we had some of the most amazing days ever, we made many new friends and got to hang out with some friends from previous trips. I hope that next time we come to Russia we can stay longer and maybe get to visit Siberia again. I think our visit to Siberia in 2014 made us into the band we are today. To go back would almost be like going home. Our Russian fans are beautiful and crazy, I cannot wait to return so we can have more wild nights together.