Christofer Johnsson (Therion) - interview about music, Rock Opera and understanding of the lyrics 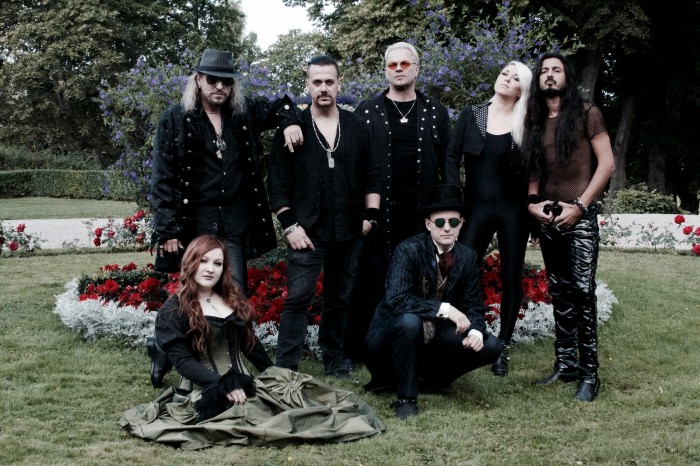 Wacken Open Air takes place annually in 50 km from Hamburg. It a summer open-air heavy metal music festival. This year MESMIKA brought some interviews with favorite artists for Russian fans, including the interview with Christofer Johnsson, a founding member and the guitar player for Therion.

Therion takes themes for their songs from mythology of different countries, different practices etc. What mythology is the closest to you?

Christofer: I don’t know if there is any mythology particually the closest to me. Maybe Nordic heritage because this is where I'm from.The soil where I live. I don‘t have any particular favorites.

Christofer: We did one song about Rasputin and one song from the album Sirius B called Voyage Of Gurdjieff.

Tell us about the writing process. Thomas Carlsson writes lyrics for you and as he works for Stockholm University and has a doctor degree in History he does some preparations for writing.

Christofer: I usually write a song, then sometimes I suggest a theme orlet him to choose a theme. Then I write a nonsense text to show how it supposes to sound and then we replace the nonsense text with the real words.

For people it’s difficult to understand all meanings of your songs because your songs have some special names or things and in order to understand people have to learn some new information.

Christofer: It's not really necessary to understand. It's not like you must. I think ninety per cent of our fans have no idea what we are singing about.

As for us we learnt some new information about Norse mythology. Do you think that your music can increase a level of the interest to history or religion?

Christofer: I think for ten percent who are interested in the lyrics it's a real nice thrill but, in general, in rock music at least seventy five percent of the people don't give a sh*t what the lyrics is about. They enjoy music.

You had a collaboration with Snowy Shaw. Do you have any plans to work with him again?

Christofer: Not, really. I guess he's on the stage today, he plays on the festival. We keep a little bit contact but we don't have any plans at the moment. He is doing his own stuff, we are doing our stuff.

Are you going to tour with your Rock Opera?

Christofer: We need to finish the music, we need to record it. Then we need to finalize the staging and then see if somebody is interested in paying for that. It's like a musical, not regular concert. It costs a lot of money to stage it. I'm really confident that we'll do at least a few shows. If it's enough for a full tour I'll be very happy but we don't count on it. I hope as least we could do minimum four-five shows in Europe like Moscow, Warsaw,something in Holland, Paris, maybe Budapest, Rumania, Bucharest, this would be the strongest market for us. If we do it there and it's successful promoters earn money from it. There will be other promoters interested in standing this as well, but it's a big risk because of expensive production.

What do you think about progressive rock?

Do you have plans to return to death metal?

You said that you had to work in the beginning of your career. Was it difficult?

Christofer: Most artists can't live from music. A very few artists can make a living from the music. I gave up my job in 1992 too when we made the second album.

Christofer: I really hope that we'll see them soon. It would be nice if we can make the first show of the Rock Opera in Moscow because after of all the theme of the opera is the Russian thing based on Vladimir Solovyov 's book. Partly based on it. It would be really nice if we could start in Moscow.