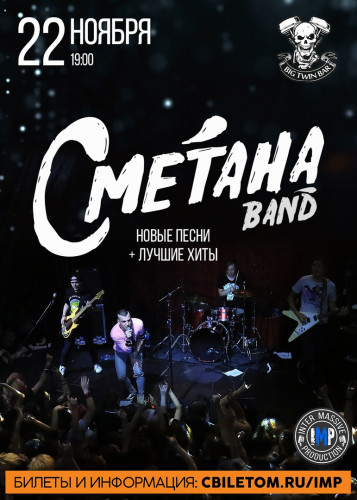 April 10 at Kazan "Big Twin Bar" will host the spring concert of greatest hits and new songs of the band SOUR band!

SOUR band is a group from the Dnieper, which became famous due to the life and daring clips on youtube on the topics of the day. A General view of their content has exceeded 20.000.000. A sharp word, ridiculing the society has done its job. With the end of 2017, the group slowly changes the style in a way sad punk, which only adds to their popularity and emphasizes the individuality among the heap of faceless groups. Concert SOUR band is always powerful and emotional.