In Flames March 9 in Moscow 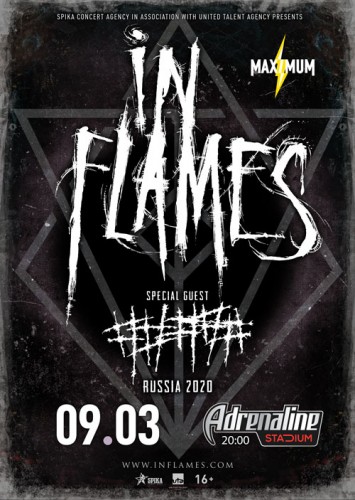 One of the most important and legendary Swedish bands of heavy artillery returned to Russia!

The personification of the Swedish melodic death metal band, whose albums fly millions of copies around the world. Founded in 1990 and since then going leaps and bounds on a metal planet during its existence, the group has assembled a very impressive story: countless awards, massive tours, the gold reserves of the songs from Swedish melodic death metal and never-ending smiles of happy fans. All these years, they only increased its capacity and now it's day H. In Flames will return to metal fireworks boomed over the scenes of the two capitals! Most famous songs, powerful sound, large playgrounds and two crazy show, who will remember everything!