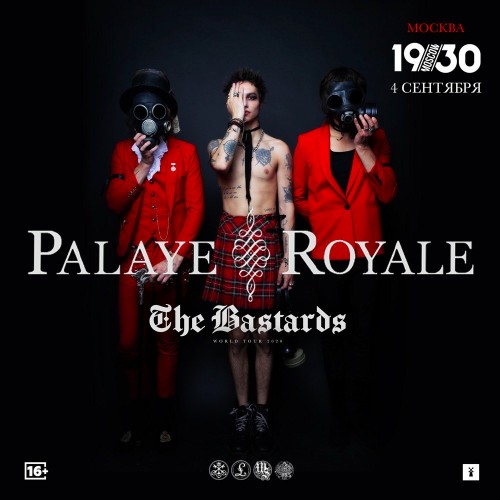 Their creativity is impossible to define. It was art and fashion and music. Meet for the first time in Russia, Palaye Royale!

Their creativity is impossible to define. It was art and fashion and music. "Palaye Royale" fashion-art band originally from Las Vegas, was the first to give concerts in Moscow and St. Petersburg.

The brothers formed their group in 2008 under the name "Kropp Circle". Their name was taken from a dance hall "Palais Royale" in Toronto, where their grandparents first met. Single musicians "Get Higher" peaked in the charts "Billboard Modern Rock" and they were the first unsigned band award-winning "MTV Musical March Madness" and the beat artists, such as "Linkin Park". In the summer of 2011, the group met with their producers and decided to completely change the style of music. Gradually trying something new, the group has acquired its current sound, and the name by which they are known now.

Welcome! For the first time in Russia, "Palaye Royale"!