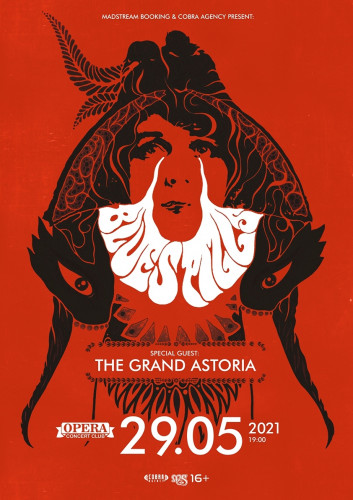 In the beginning of the decade retired former musicians famous Radio Moscow met aspiring Swedish singer Elin Larsson and started a new band called Blues Pills. The fact that the new team are in for a real international success, it became clear with the release of the first demo. Strong, sensual vocals of Elin, disturbing lyrics, filled with chilling symbolism, powerful rhythm section, and inventive Blues solo is clearly linked to the legacy of the psychedelic ' 60s. Although by that time it was not something new or unusual, the material was so outstanding that the group fell in love with everything from music lovers and connoisseurs unionroom of the underground to whom the biggest radio hits. This year, Blues Pills release their new album, ahead of which and "skated" material during a European tour. We are the first to hear new unreleased songs and all of the major hits of the group!