Paddy and the Rats February 27 in St. Petersburg 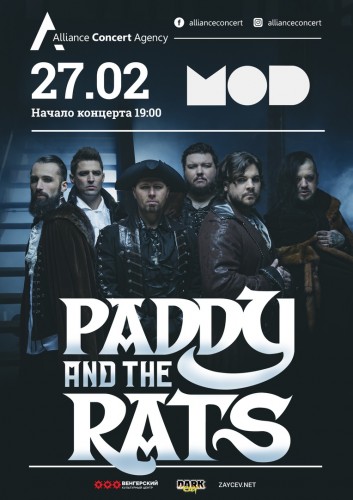 Hungarian pirates Paddy and the Rats again take on Board the ship Saint-Petersburg!

Naughty punk pub rockers Paddy and the Rats released their most powerful album, "Riot City Outlaws" (2017) on Napalm Records, and now ready to burn the Napalm in front of you on stage, that you in between trips to the bar began to dance under the Irish and Celtic tunes, played, among other things, the violin, fiddle, whistle, bagpipes, banjo, accordion and the mandolin! Before such a playful mix of polka, Gypsy music and folk-rock will not withstand even the leprechauns and the "Black Sails" will dance a jig with a harsh pirate, even if he is even one-legged!