DIMLIM on April 26 in Moscow 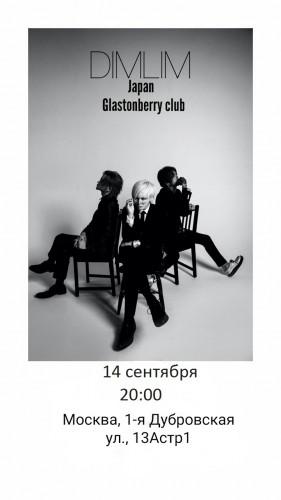 A young group from Japan, which has already won the hearts of listeners outside his native country for the first time in Moscow.

Having started its journey in 2017 in the style of Visual kei, the band released a few singles and a full-length album, and their video quickly gaining views on YouTube. And with each new single, the sound became more expressive and richer. But the end of 2019 brought to the group significant changes, bassist and second guitarist left the group. The group abandoned the style of Visual kei.
Care of participants did not stop DIMLIM. The group boldly moves forward and opens new frontiers. Now they create music consisting of three people, and are ready to present the new album. That capable trio from Japan it is difficult to predict, but deep and piercing vocals in the design of masterly parties of the instruments is guaranteed.