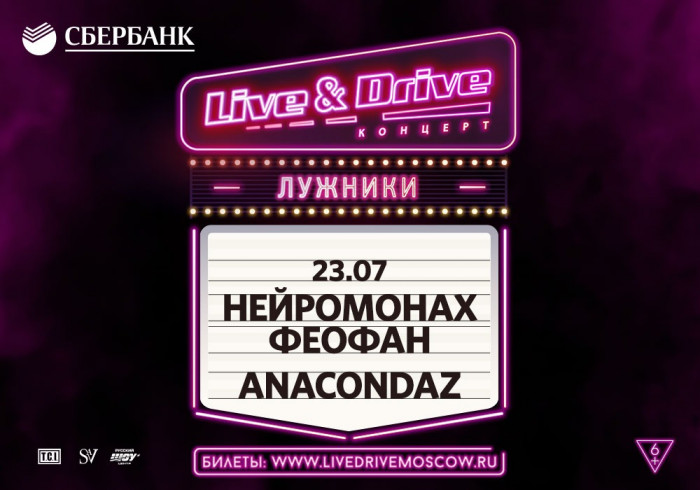 Narimono theophane is a unique project, combining the energetic sound of drum&bass and melody of the Russian folk tunes and chants. A mysterious bearded man in a robe with a blazing balalaika said really a new word in music and attracted the attention of a wide audience, from lovers of electronic rhythms to hardcore rock fans, from brutal geeks to young children. In late July, he in company with Nicodemus, a bear and a drum, a master traditionally invites viewers to celebrate their birthday according to all the canons of ancient Russia – with rollicking songs and lots of dancing!

Thanks to the consistently ironic and accurate lyrics and catchy songs Astrakhan pauzern rap group Anacondaz quickly became one of the most popular concert of the teams in Russia. On their account already 6 albums, one better than the other: which was released at the end of last years mini-album, "My children will not be bored" — the first truly conceptual release in their career. All songs on it are fit with friendly musicians, including Noize MC, Inice, 25/17, Horus and Max Girko. Drive, humor, topical lyrics and a hundred percent dedication is a show you will remember for a long time!