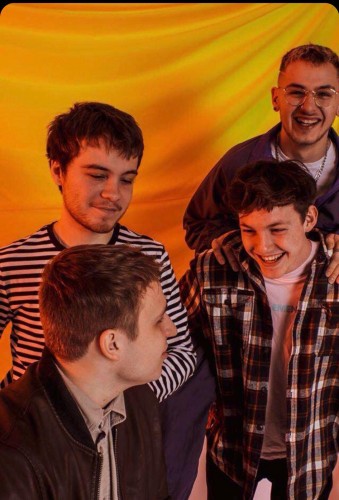 Rising stars of the British scene from Birmingham will participate in the Ural Nights of Music. Both bands will perform at "Old New Rock". In the framework of the cross year of Russia music - UK-Ural Music Night coming rising stars of the Birmingham group Riscas and The Assist. The bands visit to Russia is supported by the British Council, the Consulate General of great Britain in Ekaterinburg, the Ministry of foreign Affairs of the Russian Federation. Speech at the Ural Music Night for both groups will be the first concerts in Russia. And Riscas, and The Assist are the successors of the traditions of Brit-pop and have an extremely "British" sound, based on the traditions of English folklore and rock-n-roll music of the 1960s-1970s years.

The Assist group founded in 2014 by musicians from Birmingham and Walsall. The team immediately became an integral part of the Birmingham scene, appearing regularly at major local music venues – the O2 and O2 Academy Institute. The Quartet has participated in such important festivals like Leeds &Reading, Isle of Wight, TRNSMT, YNot, Kendal Calling. In early 2019, the band released a new EP, "LOST" hit the TOP 10 iTunes Indie/Alt Chart and in the top 50 most listened tracks on Spotify. Also, a team Manager and Assist The PR Manager of a consulting company Hey Honey Kez Handley will speak at the parallel program of the festival with a lecture about PR and management in the music industry, where share the unique work methods in Spotify.

Riscas – indie-rock band from Birmingham, appeared at the end of 2016. In March 2017, the group received the status of "New artist of the week" on BBC radio. Their first single "Panic like Tom" became a hit, rising to 4 positions on the Spotify chart in the UK. Less than a year, the track was 1.5 million plays. The constant audience on Spotify reaches 150,000 listeners, mostly from London, new York, Los Angeles, Singapore and Manchester. Their tracks regularly get into collection service, dedicated to the best indie and British music. The group participated in festivals Lakefest, Wychwood, Live At Leeds, Jimmy's Festival, Vale Festival. Riscas regularly gives solo concerts at venues in Birmingham, Manchester and London.

Admission to all venues is free.

The festival is implemented by means of presidential grants for the development of civil society, of the grant of the Governor of Sverdlovsk region with the support of the city Administration of Ekaterinburg.