On "Invasion" going Katri-rap Duo Sharpening and Jane Air, who "know all about the junk"! 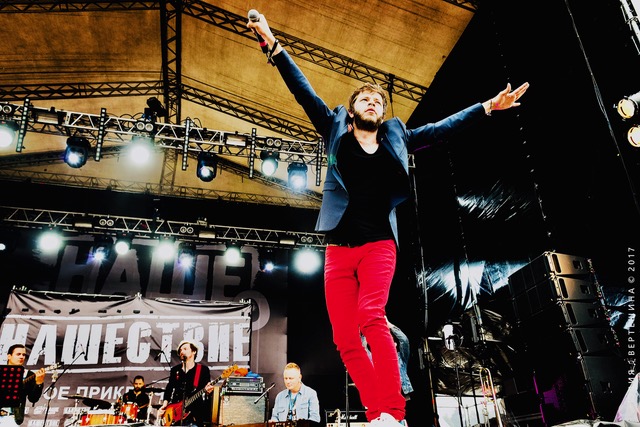 Released the new names of the bands, whose performances will be held in the Grand Zavidovo 19, 20 and 21 July as part of the "INVASION-2019". To mark the 20th anniversary of the "INVASION" this year with the support of one of the most progressive Internet radio stations "ULTRA" at the festival for the first time a scene of the same name.

So, the line-up "ultra" has added several bright and powerful names:

And on the Main stage of the festival announced the performance of the new project of the same name by Alexei Gorsheneva.

"A year ago the leader of the legendary rock band "Kukryniksy", noting in a big way the 20th anniversary of the band's series of large-scale concerts, announced the termination of its existence. The final chord was a Grand performance as a headliner at the festival "INVASION-2018", where light, sound and drama, the show reached its climax. And after a year Alex will take part in the festival "INVASION" 2019 in the "Project Gorshenev". Specially for the festival programme, including the new songs "Project Gorshenev" and a favorite of fans of the militants of the group "Kukryniksy" - commented the band.

The debutant of the festival, the "Sharpening" is going to leave a at least a lasting impression: "We will present the best tracks from the debut album "Dirty work", as well as a couple of songs from the album that we are preparing to release this year. Over it now and has enhanced the work. This "INVASION" will be for our group first, so we're going to have fun, and hope that the audience kaytanot with us."

"I would like to say that for us it is a great honor, we wish to play on the anniversary of the festival "INVASION". Of course, we play all our main songs, top hits, let's play songs that they know the students "Nashe radio", and play new songs (it will be songs specially selected for the festival). This is a powerful, rock set. Of course, not without surprises, but I would now like to talk about them for two reasons. First, because the surprise must remain a surprise. Secondly, we still came up and it is engaged in this at the moment," explained the musician of the group "Fashion" Phil Circles.