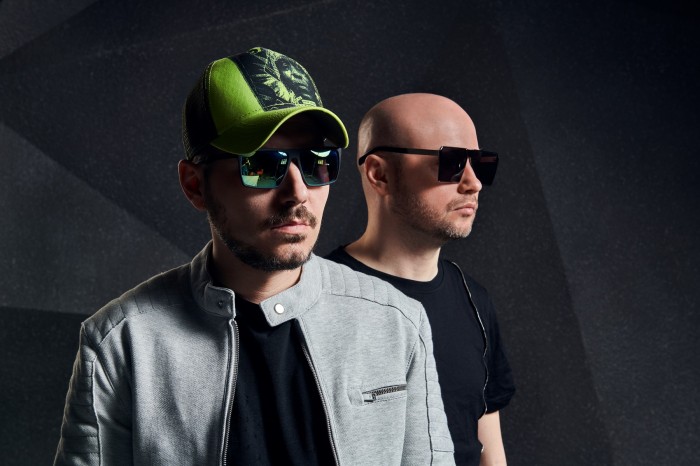 "Radio Record" brings multi-platinum Duo on DJ UralMusicNight and announces the casting of DJs to warm up for the headliners.


The Duo Filatov & Karas will perform at "Radio Record". The first dance radio station in Russia, announces casting DJs in Yekaterinburg, which will warm up the crowd before the stars of the European dance floors.

Electronic music will be a Central focus sites UralMusicNight 2019. One of them will be located in the Park on Lenin Avenue between streets of Turgenev and Karl Liebknecht. From 18:00 to 21:00 p.m. the venue will be the resident of record label Paradigm, selected by Artem Artego. And from 21:00 for the music component playgrounds meets the First dance radio station "Radio Record". Also in the square you can grab a coffee from the best Barista in town at the first festival of coffee culture URAL COFFECON.

The musical format is based on "Radio Record" — the Western dance hits, remixes and remakes, as well as the decent work of domestic musicians. In addition to direct broadcasting, the radio station organizes more than 100 of the largest music festivals in different regions of the country: "disco 90s", "Pirate Station", "Transmission", etc. the Main star at "Radio Record" on the Ural Night of Music will be Filatov & Karas.

To be the opening act for the cult of the DJ can be anyone. It is necessary to take part in the casting on the project — more information can be found in social networks Radio Record Ekaterinburg https://vk.com/radiorecordekat. To assess the participants will be Andrew Krasnoselskikh - DJ official FIFA 2018 World Championship, the official DJ FC Ural at Yekaterinburg arena, DJ resident of the Vienna festival, founder of Light Music.

Filatov & Karas — the Duo of DJ Dmitry Filatov and Alexander Osokin. Before the beginning of the joint work of Dmitry and Aleksey more than 10 years working on solo material, performed as DJs. After a few years of daily Studio work - there are first successes. Filatov & Karas a Remix for the French Imany "The Good, The Bad and The Crazy" 10 weeks is headed by major Russian charts. And the next job "Don't Be So Shy", with its trendy arrangement and catchy melodies - becomes a big international hit, topping the national charts of several dozen countries. Filatov & Karas are among the most popular Russian music projects abroad. In European charts, break the tracks "Tell it to my heart" and "Wide Awake" (with Eric Saade & Gustaf Noren), and in Russia hit gets revived "Lyrics". Cover from Filatov & Karas song "the Gaza strip" becomes the number one local composition and 3rd in the history of Russian song in the global Shazam chart. The original single, "Filatov & Karas - Time Won't Wait" for gaining over 70 million views on Youtube and is getting great radiohit in Eastern Europe. The song "Stay with you", which uses a sample of the songs of Viktor Tsoi "Gruppa Krovi" awarded Golden gramophone and the big leagues.

The Ural festival Music Night is supported by the presidential grants for the development of civil society, of the grant of the Governor of Sverdlovsk region, Department of youth policy of the Sverdlovsk region, Administration of Ekaterinburg