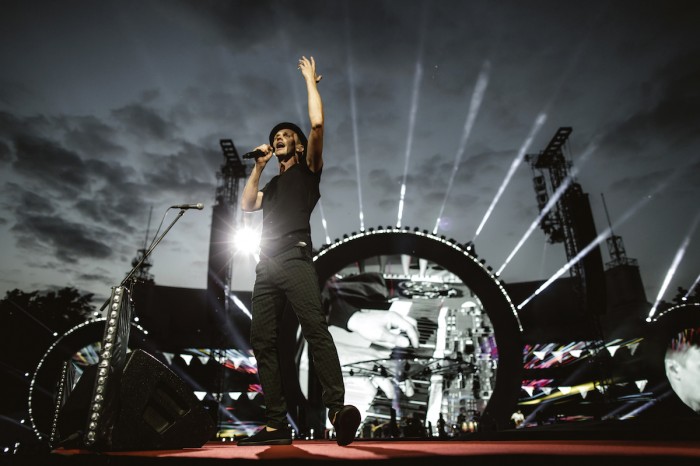 The morning comes clear! The citizens and guests of the city will meet the musical dawn of the world together with Brainstorm in your favorite place.

Latvian romance will be headlining the gala concert of the Ural Music Night. Traditionally, it will be held on October square. Beginning June 29 at 2.00.

The cult of the Baltic group will take part in the main action of the festival "Dawn". Tens of thousands of spectators will catch the first rays of the sun to the tune of "the Night passes, the morning comes clear," accompanied by a chamber orchestra "B-A-C-H". Specially for the "Dawn" has already ordered 30 000 of the mirrors.

Evgeny Gorenburg, Director of the festival: "Each year the selection of the contractor for the Gala concert — one of the most critical moments in the preparation. It should be not just a star, and a headliner that everybody likes. Quality and from the point of view of the musical material, and from the point of view of the show. Brainstorm - the Winners of MTV Europa Music Awards, members of the British Glastonbury and the Great Escape, the Hungarian Sziget. My team and I decided that this experience is enough to unite all who will be part of the Ural Music Night"

The main stage of the festival traditionally will be located on the embankment of the Iset river near the fountain.

The conflict in the area Oktyabrskiy area will not prevent the holding of the concert. But I hope

soon, and by June 28 for sure, all parties will be able to come to consensus. Ekaterinburg — city

free, smart and loving each other people, and we confirm it from year to year."

civil society, of the grant of the Governor of Sverdlovsk region, Department of youth

General partner of the festival: the company "SIMA-land"

the angelo hotel by Vienna House in Yekaterinburg.

Social network of the festival: vk.com