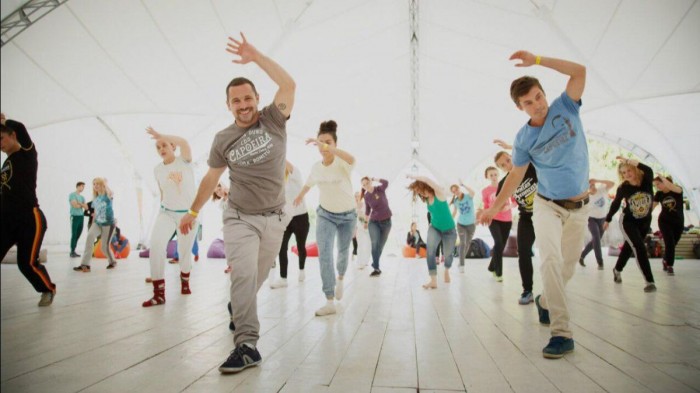 International network TV BRICS goes offline! June 1, 2019 in the Park "Krasnaya Presnya" in the traditional festival the largest city newspaper "Metro" - "Metro Family" - for the first time will work the colorful tent of the channel – "Building BRICS". In this small festival guests will be able to feel the atmosphere of colors cultural codes of the countries participating in BRICS: joint efforts of the BRICS TV, peoples ' friendship University and cultural centers of China and Brazil, all visitors will be able to participate in interesting and educational activities and to immerse themselves in the traditions of these States.


Representatives of the Chinese cultural center will teach guests the basic rules one of the oldest Board games on earth , Vaci (go). Simultaneously with learning the tricks of the oldest games visitors will be invited to participate in this tea ceremony, or Gongfu cha. Tea ceremony, by its nature, cannot be fussy, be in a hurry, by the way – and learn the secrets of conducting Gongfu cha,[i] festival guests!

The fourth area "the House of the BRICS" will be the cluster of the South African Republic. In addition to panels with authentic masks made in the South of the African continent, the forces of the Russian University of Friendship of Peoples the festival guests will be invited to participate in the South African dance Gumboot. Traditional dance in rubber boots originated among miners who worked in the gold mines during apartheid. Today Gumboot is quite popular, not only in South Africa, and he turned into another, more modern form of dance – stepping.

The concept is to combine in one place the representatives of different cultures and to introduce them to the guests of the festival did not come by accident. In keeping with its mission of creating a common information space without borders between the BRICS countries, the international TV network of the BRICS offers to all guests of the festival "Metro Family" to experience the unforgettable atmosphere of ancient cultures. Due to the fact that June 1 is international children's day, the format of activities of cultural centers has been specially selected interesting and accessible to even the youngest visitors of the festival were interesting and fun to take part in learning the cultural traditions of China, India, South Africa and Brazil.

"Building BRICS" will run from 12:00 to 19:00. It will be hard to miss: a delicate scent of Oriental spices, recognizable rhythms of Samba and, in the end, colorful palm - the symbol of the TV BRICS - can't stay unnoticed. And, by the way, all guests of the tent will be offered another bright and funny activity: the ability to leave your own imprint of her hands on a white canvas, specifically placed on the reverse side of the pavilion – especially for this there will be finger paints and everything necessary for a clean and loaded positive impressions to go on, in the festival of courage.

Details - on the websiteof the festival and International YouTube network!