Preparing for the INVASION of 2019: things less comfort - more! 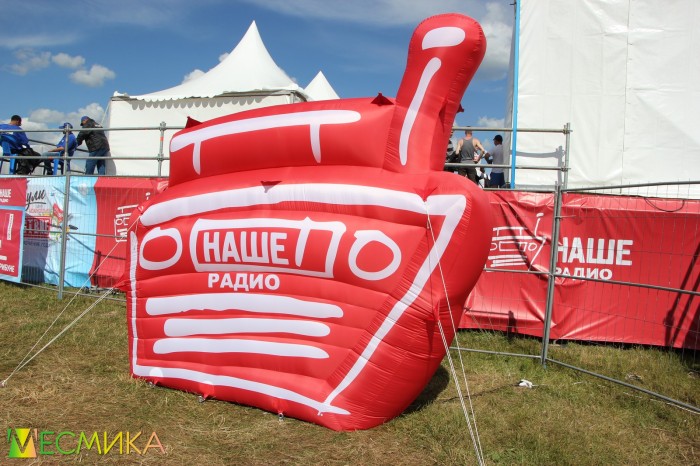 19, 20 and 21 July in the Big Zavidovo the Tver region there will be an anniversary festival of the INVASION, which celebrates 2019 its 20th anniversary. Good music, the most ambitious line-up, summer and the sun - these ingredients will be a pleasant decoration of the Main adventure of the year!

In addition, the organizers did not forget to take care about the convenience and comfort of guests, every year improving the infrastructure and living conditions of the guests of the festival. In 2019 on the INVASION offers two tented accommodation with round the clock check-in.

No need for long and tedious training camp, you don't need to carry a lot of things: all you need is right on the festival. Find tent accommodation will be very simple. Each of them has received the name in honor of one of the legendary rock clubs: "Moscow rock laboratory" turned into a hotel "Moscow", "Sverdlovsk rock club" - in "Sverdlovsk", respectively.

The most spacious rooms and best location in relation to the Main stage of the festival is the hotel "Moscow" (for holders of VIP tickets and FAN). Tent hotel consists of spacious camping tents for the two-triple accommodation. Provides everything you need, inflatable mattresses, inflatable sleeping bags and pillows, camping furniture (table and chairs), toiletries and other nice bonuses.

In the tent hotel "Sverdlovsk" will be ready for occupancy quadruple double layer tent (240х205х120 cm), equipped with 4 sleeping bags and travel mats. For comfortable stay of the guests of the festival on the territory of the towns, where there are hotels, there are pay showers, cleaned of debris.

All the details are on the website of the festival INVASION nashestvie.ru. This year tickets "Input", "FAN" and "VIP" name, and when buying you must specify the name of the person who will go to the festival ticket, email and phone.