At the pre-party Sziget festival at Powerhouse will make Ivan &amp; The Parazol 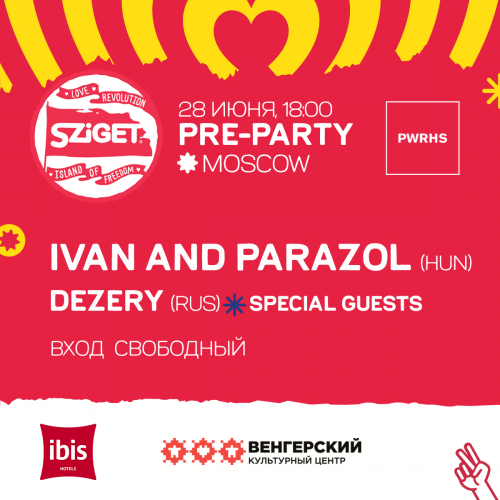 With the support of the Hungarian cultural centre and hotel ibis on 28 June in Powerhouse Moscow, will host the official pre-party of the biggest European festival Sziget, which will be held in Budapest from 7 to 13 August.

The headliner Moscow will become the party of the Hungarian indie-rock band Ivan & The Parazol, the residents of the Sziget festival. Also at the party will be held group Dezery, the winners of the Russian competitive selection of the festival.

Entrance to the event is free. Beginning at 18:00

Guests can participate in a raffle of tickets to the festival and accommodation in the hotel ibis in Budapest.

Sziget festival, also known as the “Island of Freedom”, held in 1993 on the island of óbuda in Budapest. At the moment, is one of the largest in Europe and the fifth largest festival in the world. In 2018, it was visited by 565 000 spectators from more than 100 countries. This year the festival will be held from 7 to 13 August.