"The adventure of the year" begins with a musical pre-party! 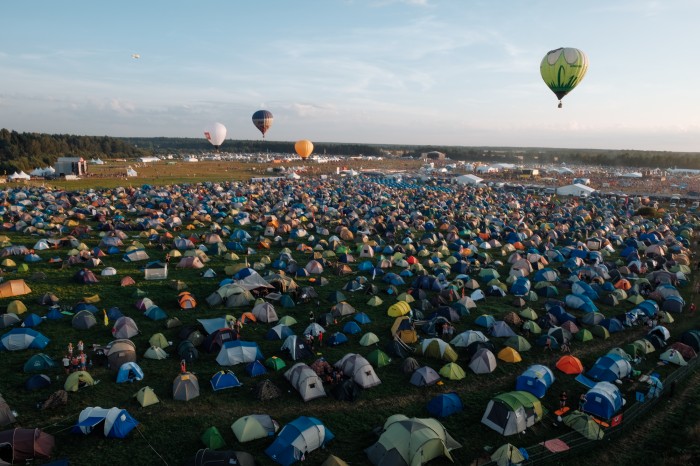 If you're not in the Big Zavidovo, it's time to escape from the boring office, jump in the car, stocked the camping, take along friends and colleagues, and to go his own way in the Tver direction in anticipation of "the Main adventure of the year." Favorite artists, the joy of meetings and unforgettable emotions is very, very soon: this evening will be the "pre-party" of Russia's largest musical "open-air" - "INVASION" 2019!

A celebration in honor of the 20th anniversary of the"INVASION" will start the day before the official opening, Thursday at 21:00 on the Main stage will the hit maker Sergei Shnurov. A Grand four-day music marathon kicks off with performances by super group "Leningrad", which granitna "INVASION" with the "final" set of the brightest and most biting tracks. The performance of Petrograd at 23:00 will continue to "master" rock Noir Gleb Samoilov with his band "The Matrixx" accompanied by Symphony orchestra Globalis. Completed the music program of the day brutal team from Neva banks "the Northern Fleet", which will be released at 00.00 on the new scene "ULTRA".

Waiting for all of Our on the Big Zavidova Tver region – input gates will open on July 18 at 17:00 and Parking have already started to receive its first guests. See you at the"INVASION"of 2019!

All details, participants, directions, menu and other important information nashestvie.ru!

"INVASION" – the largest Russian festival under the open sky, is the largest and most visited annual festival in Russia and CIS. Held since 1999. Founded by the radio station "NASHE Radio".

19, 20 and 21 July 2019 in the Big Zavidovo the Tver region "INVASION" will celebrate round date – 20 years. Over the long-run development of the festival audience were presented almost all the most significant Russian artists. "INVASION" is a multi – format music non-stop, is a place where legendary, and young performers.