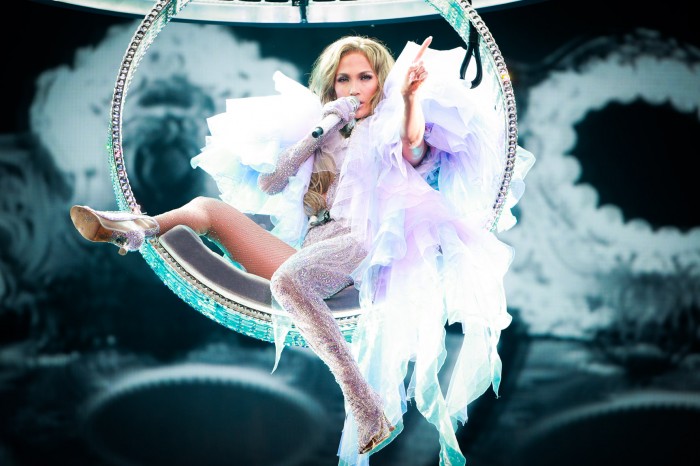 A huge sign IT'S MY PARTY of a dozen glowing Windows lit the fans Jennifer Lopez in honor of her birthday today pop diva turns 50 years old. In August, j-Lo will give a concert in Saint-Petersburg in the framework of the anniversary world tour "It's My Party".

To implement such ideas took simultaneous action of all the hotel guests — at a certain hour they include or turn off the lights in their rooms, to eventually foot the inscription IT'S MY PARTY turned out to be the facade. The action involved at the same time 250 parts of the hotel 18-story hotel AZIMUT Hotel Saint Petersburg.

Seven years later, the pop diva will make a triumphant return with a new large-scale show "Its My Party", which the audience will see on the 11th of August on the stage of the SKK "Petersburg". For "party" on a mass stadium j-Lo has prepared many surprises: a whole evening of hits since the "Jenny from the Block", incredible choreography, brilliant costumes and decorations, chic and glamour! The organizer of the concert: Matreshka Concerts.