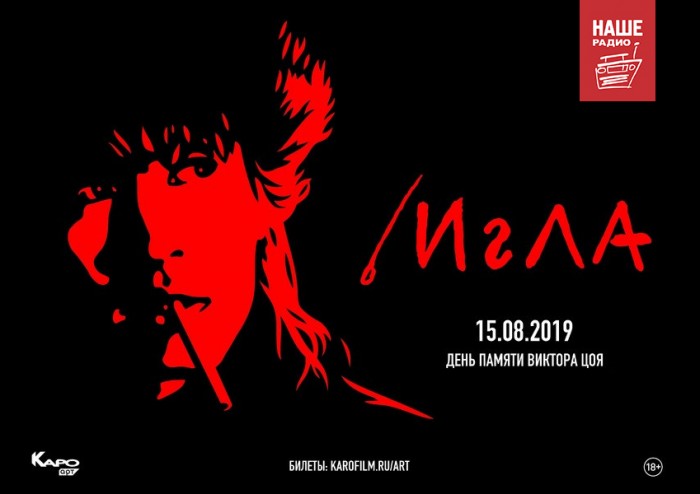 August 15, Thursday in all cinemas of a network "KARO" in Moscow, St.-Petersburg, Ekaterinburg, Kaliningrad, Kazan, Samara, Tyumen and Surgut will host a screening of the film "the Needle" - a restored version of the famous painting of the Director Rashid Nugmanov. This date was in 1990 for the fateful voice of a generation of Viktor Tsoi, thanks to which it became a cult film.

The day of the show in an intimate morning conversation leading "Our Radio" Alexander Bon, Tanya Borisova and Igor Pankov , together with Rashid Nugmanov will remember the character "Moreau" of Viktor Tsoi, to talk about the Leningrad rock club and the culture of the Soviet underground, and in General about the philosophy and aesthetics of "Needle".

Listen to the air "Lifts" on the site www.nashe.ruand to see the video in Our social networks. Don't miss out!

"NASHE Radio" is a partner of the show the cult film "the Needle".