In St. Petersburg will host the second festival ГрузияPLAY 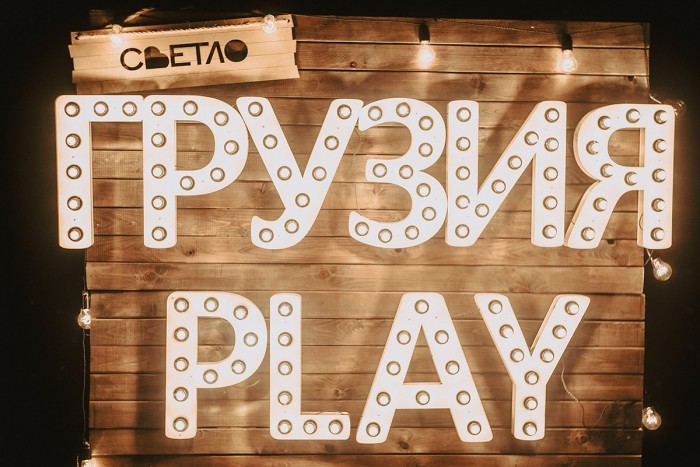 Festival ГрузияPLAY the second time will be held in Saint-Petersburg

November 16 at "Sevkabel Port" will be the long-awaited second festival ГрузияPLAY. It features a modern Caucasian tale world rock hits in the Georgian polyphonic style and of course luxury cuisine.

In the program of the second festival ГрузияPLAY lectures on Georgian history and culture, screenings of Georgian short films, including the acclaimed film of Rezo Gabriadze "you Know, mother, where I was", a large area from the best Georgian restaurants, market with national goods and, of course, a lot of music.

Trio Mandili – a modern Caucasian tale. Traditional Georgian polyphony in a delicate feminine design. Their magical voices, like the streams coming down from the mountains, penetrate to the heart. The popularity of the "Trio Mandili" is growing every day. Today the group has nearly 1 million followers on Facebook.

Geo Folk Tour is a project born out of the tourist company performing Georgian folk polyphony, city lyrical ballads and the ancient Georgian Church polyphony. But moreover, the students synthesize the unique Georgian polyphony with popular world music. Boom in popularity happened with the original musical experiment — a mix of Georgian polyphony in kavere on the immortal hit "Dream on" Aerosmith.

ГрузияPLAY festival showcases the world famous hospitality of Georgia. On the opening day of the festival Sevkabel immersed in clouds of flavors restaurant area. Here with a specially designed menu you will have to wait the best Georgian institutions of the Northern capital. And on the shelves of the market offers Georgian children's books with fairy tales, handmade hats, scarves, gifts and jewelry from glass, musical instruments, designer accessories made of leather and wood and of course — candy, churchkhela, jams, candy, dried fruit, Turkish delight and halva real!

The festival is held under support of Committee for culture of St. Petersburg.
ГрузияPLAY: 16 Nov 15:00, Sevkabel Port (Kozhevennaya line 40)
To buy tickets!