THE RASMUS concert in St. Petersburg will open the capital team TattooIN 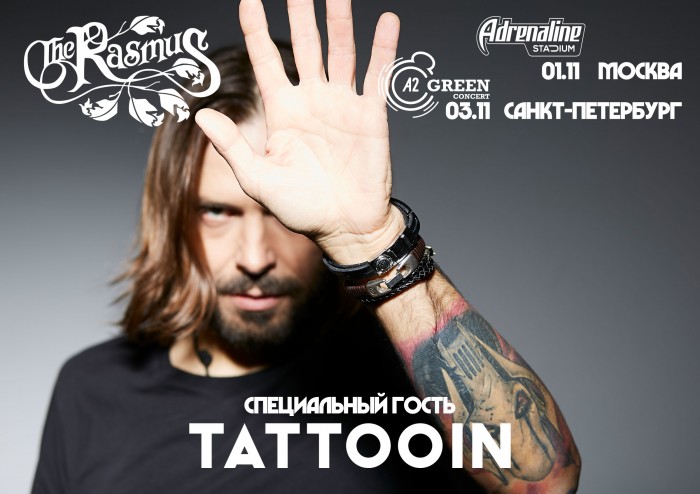 It happened! Finnish rockers The Rasmus return to Russia!

The concert in St. Petersburg will open the capital team TattooIN.

Musicians have noted in the Russian round of The Rasmus in 2018: TattooIN warmed up Finns in Moscow and St. Petersburg and Voronezh.

Musicians TattooIN – the participants of the largest Russian festivals, played the part of the Russian 2018 tour with The Rasmus, was opened with the speech of Americans Frank Iero and the Patience, has shared the stage with

The group's two full-length albums, several singles, including a collaboration with Masha Makarova "Ghost" and live concert on Elbrus at the height of 4000 meters!