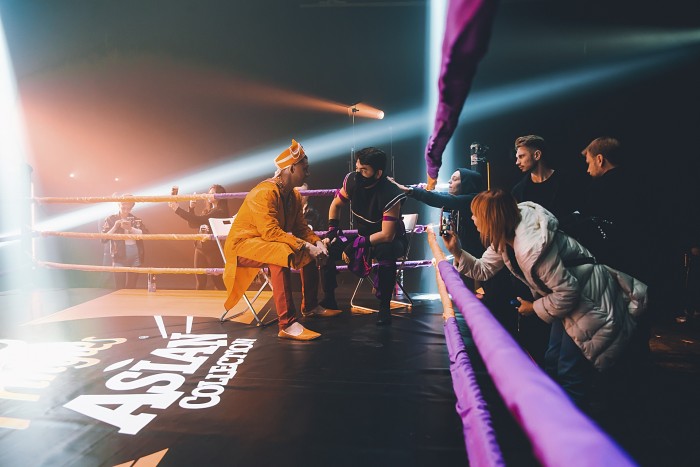 Timur Batrutdinov and Azamat Musagaliev decided to slug it out in public.

Their dispute almost turned into a fight.

After a hard day of acting colleagues argued, what flavor is brighter: Indian or Japanese?

Tastes differ, but teriyaki and masala forced the actors to move the conflict resolution to Instagram and attract fans to the already serious struggle under #Parabolanus.

Members begin to divide into two armies and maintain Azamat and Timur in the network.

The participants of the online opposition propose to consider the idea of battle cry, the design of coats of arms and even create a fan of weapons, participating in the Asian Grand raffle prizes, appointed Timur and Azamat for best support in this battle of flavors.

Actors promise to encourage bloggers and Weiner to confrontation, and to take one of the contending parties.

"Until recently I thought it was a joke, but no. The heat is coming! Hang on, samurai!" comment subscribers call Timur Batrutdinova and Azamat Musagalieva to support one of Asian flavors.