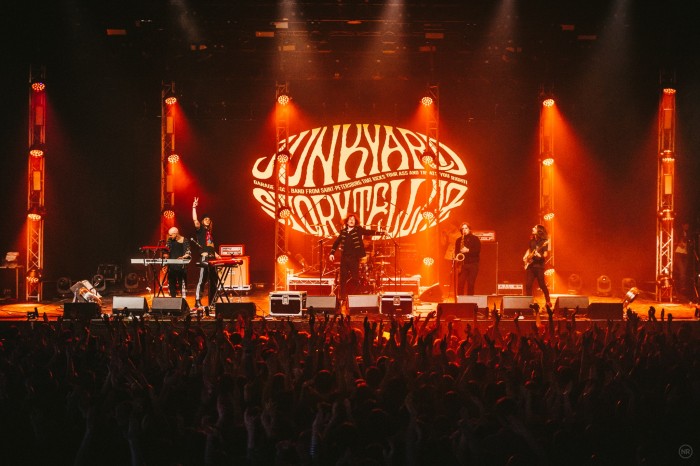 13 Jan at festival "Old New Rock" in the Yeltsin center will perform the popular Russian and foreign groups.

JunkyardStorytellaz as they say themselves, they play soul music, emerged in fact from jazz and funk, and they do it really madly, with insane garage punk rock.Thavarajah everything from the first notes and vocals, to lush and vibrant live performances. During their performance space is transformed into a huge dance floor, people are swaying from side to side, as if driven loud saxophone and dispersing of the keys but the spirit of the times pervades every listener to ends of hair.

OQJAV (Omegav) is a sensual indie-pop with modern dance and piano nostalgia. OQJAV have a special humor, absurd, gentle and attentive to the words, precise gestures and intonations, beauty in everything. Get a light, thin and beautiful musical fabric. OQJAV sound as cool as the stars of the British indie-pop scenes like The XX or Metronomy.

The Salzburg group Coperniquo stands for uncompromising rock. Her compositions reveal the unadorned truth about interpersonal experiences. Free of digital effects and components, and their music appears in its most original form.His work Coperniquo looking into the distance, looks up to the stars, creates space for change.

The festival "Old New Rock" 2020 at the scene will also rise Alexander F. Sklyar and the group "VA-Bank", first headliner of the festival will be the Ekaterinburg group "a CHAIF". Applications from young musicians will be accepted until December 1.