Live Fest has become a laureate of the prize “Golden Prometheus" 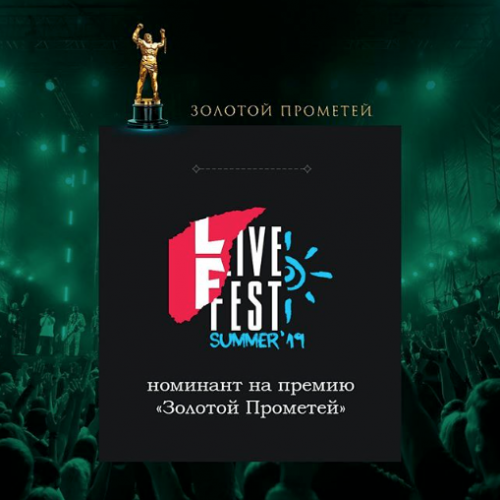 Live Fest won the award for “Festival of the Year.” This is a very significant event, especially now, when the festival culture in Russia climbs to new peaks. “Golden Prometheus” was also a special award for the talented team of organizers, creating a festival and want to make it memorable.

Live Fest is held every winter and summer 2017 and during that time managed to become one of the best festivals in the country thanks to the brightest headliners that has no equal in the Christmas Billboard country. By tradition, the festival will present solo and combined concerts of the most relevant musical heroes of our time. Artists Live Fest at different times became the group "Leningrad", Elena Temnikova, Monetochka and even Zemfira!

Live Fest is the festival that is right before our eyes creates a history new music.