"Jackets Cobain" released a video with a man-snake 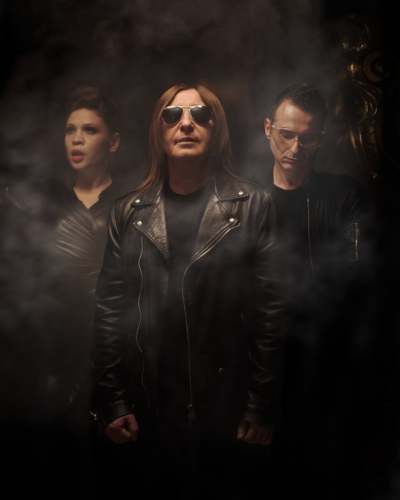 Supergroup "Jackets Cobain" presented video for the song "the Snake", in which the main role is performed not by the musicians, and the dancer and choreographer Luca-Andrea Tessarini. Wriggling all over, he hypnotizes the viewer, as if the prey, while preparing for the fatal leap.

"Snake" is the fifth video of a side project Shura Bi-2. In the filming of the clip took part Tina Kuznetsova (Zventa Sventana), Yuri Usachev (ex-"Guests from the Future"), Dimitri Ashman (ex-bassist of the band "Bravo") and Luka-Andrea Tessarini of the world famous Netherlands dance theatre (NDT). To convey the beauty of the male body along with the pulsing rhythm of the song as the Director of the video came from photographer Tatiana Ivanova, who is known for his work in the erotic-drama genre.

To evaluate the mastery of the human body snake bows of Tessarini on the official Youtube channel of Bi-2, and to listen to the album as a whole – on all streaming sites.