The first in Russia and in the world online broadcast of the play with translation into Russian sign language! 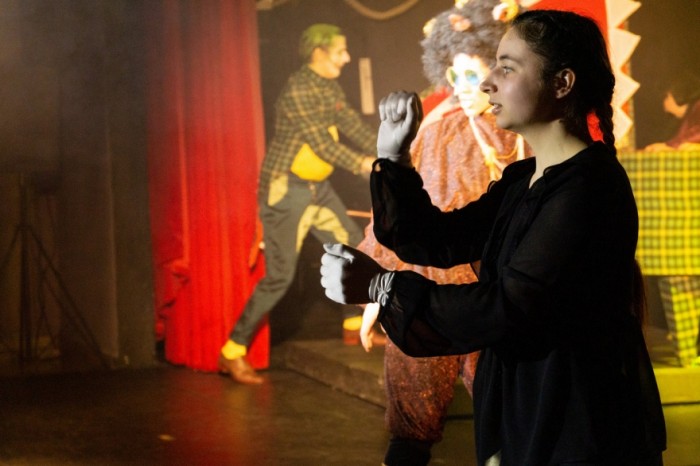 Photo source:
the press service of the theater Stage

Almost a sensation! 8 Dec in Variety Theatre. Raikin will be held Russia's first online stream of the play "the dark knight" with translation into Russian sign language!

In the two years of the project #of TETRASPANIN in Variety Theatre. Raikin several times increased the number of deaf and hard of hearing viewers. In addition, the theater receives messages from interested potential viewers from Murmansk and Kazan, Voronezh and Saratov.
Therefore, a natural development of the project #of TETRASPANIN becomes online stream of the play with translation into Russian sign language . This action, pursued by the Variety Theatre and the portal Culture.Russiawill be held for the first time in Russia.
8 December 2019 on the portal of Culture.Russia, on the theatre's website and social networks will be airing a musical for the whole family "the dark knight" on motives of fairy tales K. Chukovsky. As always, in a hall specially allocated places to take the children with special health. But 8.12 to him, with the help of modern technology, will join huge Russian-speaking audience all over the world.
"The dark knight" is one of the most sought-after audience of the performances of the St. Petersburg Variety Theatre. Director Ilya Arkhipov (for their children's musical performances he was awarded the prize of Saint Petersburg Government). Music by Georgy Firtich, which, thanks to the cartoon by David Cherkassky, "Doctor Aybolit", well known not only children but also adults.

The broadcast begins at Youtbe channel Theater Stage at 12.00